Google seems to be pretty much pulling the plug on Daydream, its Android-based virtual reality platform.

The company is no longer selling the Daydream View headset, and even if you already have one it won’t work with Google’s newest flagship phones. The Pixel 4 and Pixel 4 XL don’t support Daydream.

Google says it’ll continue to support existing users — the Daydream app and store are sticking around (for now). But it doesn’t look like we’ll see much new hardware or software development around the platform moving forward. 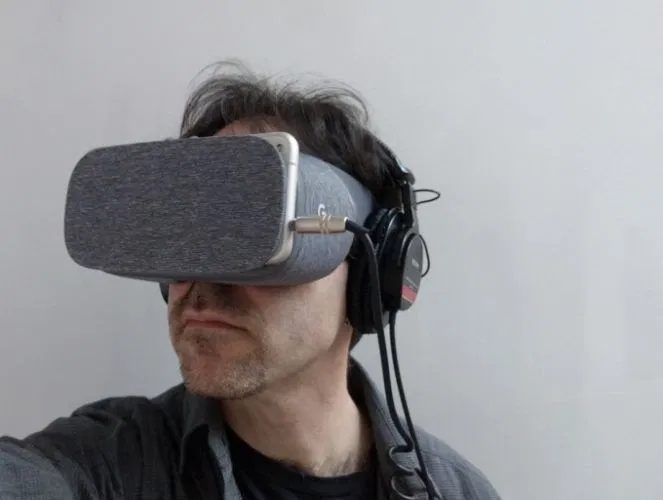 In a statement released to Engadget and Variety, Google says there “hasn’t been the broad consumer or developer adoption we had hoped, and we’ve seen decreasing usage over time of the Daydream View headset.”

First launched alongside the original Google Pixel smartphone, the Daydream View headset was designed to turn supported phones into VR headsets… by effectively strapping a phone to your face.

The effect wasn’t quite as immersive as a standalone VR system. But it’s a lot simpler and cheaper… assuming you already had a Daydream-compatible phone.

But there are several down sides to this approach. First, you need to make sure you phone is aligned perfectly every time, which can be annoying. Second, you can’t use your phone while its in the headset. And third, using your phone in a VR headset is a pretty good way to kill your battery quickly.

So it’s not surprising to see that the platform wasn’t widely adopted. It always felt to me more like a nifty tech demo than a truly useful experience.

Google had high hopes at one point for bringing Daydream to standalone headsets that didn’t require a separate phone. But only one was ever released, and it’s since been discontinued.

These days if you’re looking for an entry-level VR headset you’re probably better off with an Oculus Go. Prices start at just $199.

Meanwhile, Google says it’s still in the augmented reality game and continuing to invest “heavily in helpful AR experiences like Google Lens, AR walking navigation in Maps, and AR in Search.” But those features all have one thing in common — you use them while holding a smartphone in your hands, not by strapping one to your face.