When Google unveiled the Pixel 2 and Pixel 2 XL smartphones in October, the company showed off a new augmented reality feature called AR Stickers. Now it’s rolling out to users, allowing them to place 3D characters in real-world environments using the camera app.

Right now you need a Pixel phone running Android 8.1 in order to use AR Stickers. It’s unclear if or when the feature will make its way to third-party devices. 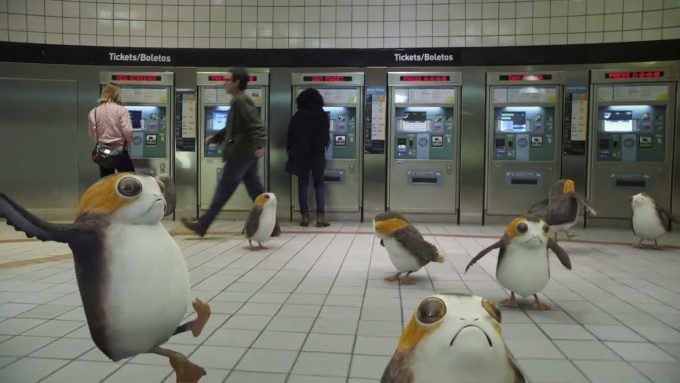 Here’s how AR Stickers work. Fire up the camera app on your phone, select the sticker mode from the phone’s slide-out menu (it’s a new option that you launch much the same way as portrait mode), and choose a sticker pack. Then you can drop stickers into the scene.

At launch those stickers include characters and content from Stranger Things and Star Wars, as well as Google’s “Foodmoji” stickers that include animated donuts, coffee cups, and broccoli.

AR Stickers use Google’s ARCore technology so they fit into a scene. For example, characters will walk on the ground or on a tabletop without looking as if they’re cutting through a surface.

You can walk around an AR Sticker to see it from different angles, and snap a shot to make it look like Eleven or BB-8 are hanging out in your living room.

Of course, you can only interact with your AR Stickers on your phone, but you can take some pretty nifty photos… so expect your Instagram feeds to start filling up with pictures of Star Wars characters in unlikely places.

I can’t help but feel though, that if this kind of technology had been available when Google Glass was first launched, wearable augmented reality-style devices would have caught on a lot faster.