Google has a habit of launching new messaging apps. Sometimes it even keeps developing them. And it looks like the latest is coming to new places.

The company launched the Allo messaging app last year, but it was only available for mobile devices running Android or iOS at the time. So while you could use Allo to chat with any other mobile user that had the app installed, there was no way to send or receive messages from a desktop or notebook.

Now Google’s Nick Fox says the company is working on a desktop version of Allo. 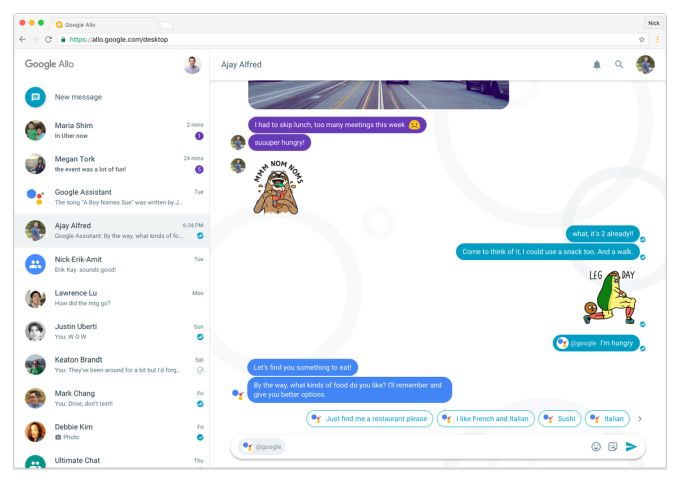 Actually, what we’re looking at is an early prototype of Allo running in what seems to be the  Chrome web browser for Mac. So the desktop client may actually just be a web version of Allo.

Still, it will expand the Allo ecosystem so that you can use it on a wider range of devices… and pick up on your PC where you left off on your phone, or vice versa.

That’s something you’ve always been able to do with Google Hangouts… the older chat app that Google is currently de-emphasizing as it pushes Allo for text chats and Duo for video calls.