When Google announced a few years ago that it would offer at least 5 years of software updates for Chromebooks and Chromeboxes, that seemed like good news. After all, most Android phones only get updates for a year or two, if that.

But compared to Windows and OS X, that 5 year lifespan is pretty short… especially since the clock starts ticking the day a Chromebook is released, not the day that you actually buy it.

That means that not only could a Chromebook you bought 4 years ago stop getting updates next year… but if you’re lured by sales on older models you could end up getting a device that won’t be officially supported for long.

In fact, I was prompted to write this article when scanning for bargains to include in today’s daily deals post. I ran across a refurbished Asus Chromebook C200 that Newegg is selling for $70 after rebate (with coupon code: EMCSPTPT3). The only problem? Google might stop releasing software updates for the notebook in June, 2019.

It’s basically a laptop that you can safely use for a little over a year. 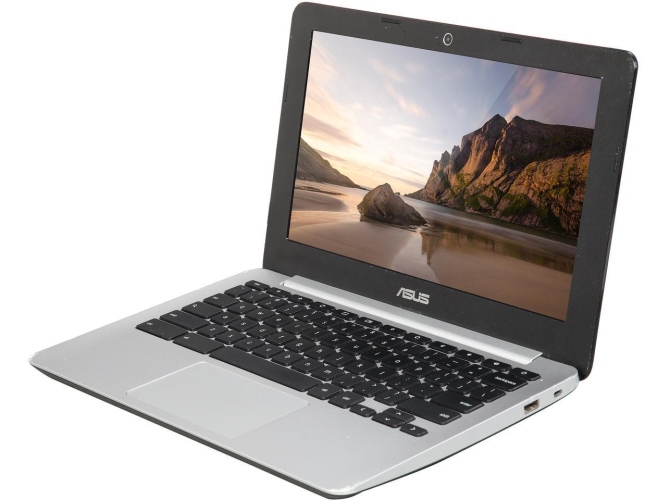 This is hardly a unique situation. I regularly see retailers selling older Chromebooks. And that makes sense: you can still find brand new models with similar specs including 1366 x 768 pixel displays and as little as 2GB of RAM or 16GB of storage, so why not offer shoppers a chance to save some money by picking up a model with an older processor (and one that’s not much slower than the Celeron N3060 or N3350 chips powering many newer Chromebooks)?

But I’ve largely stopped featuring these Chromebook deals in Liliputing’s daily deals roundups because I can’t really recommend buying a laptop that only has a year or two of official support ahead of it.

You can certainly continue using a Chromebook after it reaches its Auto Update Expiration (AUE) date. But without any new updates you’re not guaranteed to get the latest security patches or new features as they become available.

The good news is that Google has extended the AUE date for newer Chrome OS hardware: devices shipping today should get at least 6.5 years of updates instead of 5. But legacy Chromebooks and Chromeboxes still only get 5 years… and some older models have already stopped receiving updates.

Until Windows 10 came along, Microsoft typically provided 5 years of mainstream support for each version of Windows, plus 5 more years of extended support (for business customers). And users could always buy a license for a newer version of Windows if they wanted to switch from XP to Vista, for example, or from Vista to Windows 7 or Windows 8.

Windows 10 is a bit different, since Microsoft is releasing a few major updates per year instead of working toward something called Windows 11. So the company promises 18 months of support for each version… but updating to the next version is free.

The point is that while Microsoft only offered 5 years of mainstream support, there were escape hatches that would let users continue to use Windows on a PC for as long as they could stand it. Google doesn’t really have an official option for folks that want to keep using an older Chromebook when it reaches its expiration date.

But I guess there is an unofficial option: advanced users could always replace Chrome OS with Ubuntu or another GNU/Linux distribution after their device stops getting updates. That’s a strategy some people have been using with PCs for ages, but Linux GNU/Linux isn’t everybody’s cup of tea. Key selling points for Chromebooks is that they’re simple and easy to use and set up. Customers who are attracted to them for those reasons might not be all that interested in researching and installing an alternate operating system.

I’m not really sure what the best solution is: Google doesn’t want to commit to supporting aging hardware indefinitely, and I can’t necessarily blame the company for that. And I suspect most people who buy a Chromebook in its first year of availability are going to be relatively satisfied with 5-6 years of software updates.

I just wish retailers who insist on selling new or refurbished Chromebooks that are more than a few years old would put the AUE date in their product descriptions so that potential customers know exactly what they’re in for if they buy a 2014 Chromebook in 2018.