Rumor has it that HTC and Google are working together on two new Nexus smartphones. The folks at Android Police have been painting a picture of what those phones will look like by providing specs leaked by reliable sources.

Now Android Police is literally giving us a better picture of what to expect: based on a description from a source familiar with the devices, Android Police has mocked up an image of the new phones. 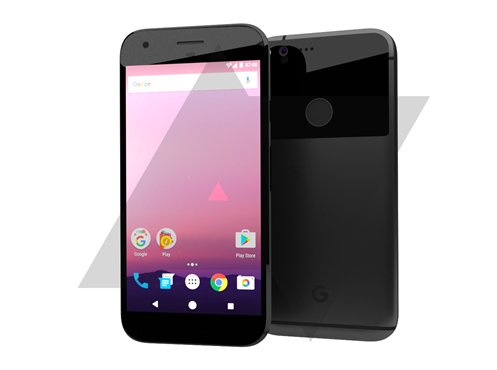 There are a few things to keep in mind. The mockup may be based on old information and Google and HTC may change things before launching the phones. Exact dimensions aren’t available either.

But Android Police reports that the back of the phone will have a two-tone design, no hump around the camera, and curved edges. The phones are said to feature aluminum cases and there will likely be black and white versions (a blue model may also be available).

Like the 2015 Nexus 5X and Nexus 6P smartphones, the new models are expected to have a fingerprint scanner on the back.

Since Google and HTC are working on both the 5.5 inch “Marlin” smartphone and 5 inch “Sailfish” device, it’s likely that both phones will share the same design. The Sailfish model will just be smaller (and have a lower resolution display and smaller battery).

There’s still no word on how much the phones will cost or when they’ll be available… but odds are that they’ll ship with Android 7.0 Nougat software, which suggests they won’t hit the streets until the next version of Android is ready to go.