Up until now you’ve only been able to use Google Wallet on select device featuring NFC (Near Field Communication) chips. Now you’ll be able to use the app on most Android phones… you just won’t be able to use it in the store checkout aisle unless you’ve got an NFC-capable phone (and find one of the few stores that supports Google Wallet payments). 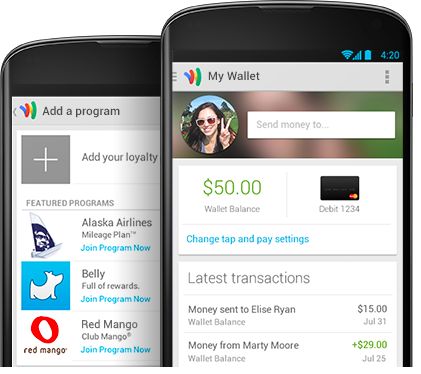 So what can you use Google Wallet for if you have a device without an NFC chip? Here are a few things:

If you do have one of the approved, NFC-capable devices, you’ll still be able to tap your phone at checkout in select locations to make a payment directly from your mobile device.

The new app should hit the Google Play Store this week.

5 replies on “Google Wallet coming to all phones running Android 2.3 and up (No NFC required)”