Hangouts is Google’s app for text and video chats. You can use it as an instant messenger, use it to make video calls, or create group hangouts for either voice or text chats.

If you have an Android smartphone, Hangouts also recently became the default SMS app.

Now Google is starting to bring its long-neglected Google Voice service into Hangouts, making Hangouts into an even more universal communications app. 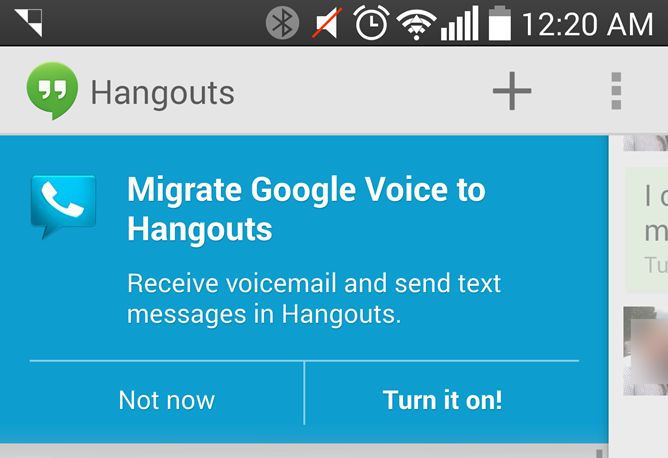 Google Voice is a Voice over IP (VoIP) service that lets you do a few different things. You can sign up for a Google Voice phone number for free and have calls forwarded to other lines… this way you can give out a single number and when someone dials it your home, work, and cellphones could all ring. You can also set rules so phones will only ring during certain times of day, or you can selectively block calls from certain numbers of send them straight to voicemail.

My favorite thing about Google Voice is that it’ll automatically transcribe your voicemail messages so you can read them instead of listening. Sure, it does a horrible job… but the text is usually just accurate enough that I can tell if I need to listen to a message right away or if it can wait until later.

You can also use Google Voice to send text messages or make calls.

Google Voice hasn’t seen a major update in years, leading some to wonder whether it would (or should) be killed off and others to wonder if it’d be merged with Hangouts. It looks like Google’s taking the latter approach.

Android Police reports that some features seem to be a bit buggy at the moment — so if you’re a heavy Google Voice users you might want to hit that “Not now” button and wait until the kinks are worked out.

Update: Google has also launched a Hangouts Dialer app for Android which lets you make free voice calls to numbers in the US and Canada and relatively inexpensive calls to overseas numbers. 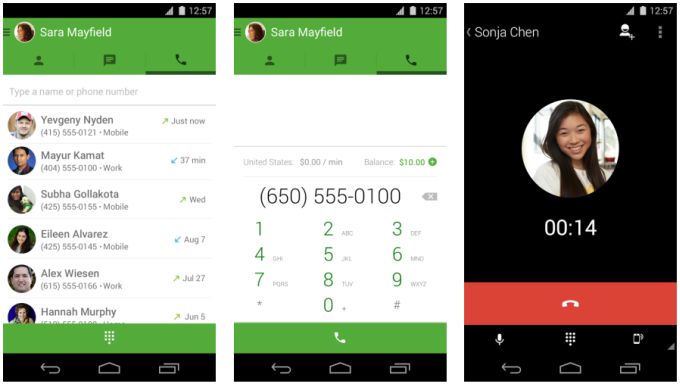 Folks using Hangouts on iOS or the web won’t need a separate app — the new functionality is baked right into Hangouts.

6 replies on “Google Voice is merging with Hangouts”