Google Voice is a service that includes so many features it’s hard to know where to begin:

Now it looks like Google is getting ready to bring voice calls over WiFi or mobile data to its mobile app. 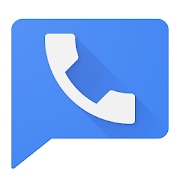 The company has posted a notice saying that users can sign up for a private beta of WiFi Calling with Google Voice.

Among other things, the company says this will let users make and take phone calls even in areas where they have poor or no cellular service. It’ll also let users place phone calls from tablets or other devices and not just from phones. And users could avoid roaming charges while traveling by placing calls over WiFi or data networks.

There are a few caveats: if you use a Bluetooth headset with an Android device you won’t be able to use physical buttons to answer or hang up on calls, and while a Bluetooth device is paired you cannot use your phone’s earpiece. Switching between Bluetooth and speakerphone may also cause some calls to drop on certain versions of Android.

And phone users will have to initiate a call through the Google Voice app. You can’t use the regular phone dialer.

Google Voice calls over data use about 0.2MB of data per minute, which may be another thing to keep in mind if you have a tight data cap and plan to make voice calls over mobile data.