As expected, Google is launching a line of mid-range phones with many of the same features available on the company’s Pixel flagships.

The Google Pixel 3a is available starting today for $399 and up.

While the phones lack some of the premium design features of their pricier siblings, they have the same high-quality cameras, unlimited Google Photos backup of pictures taken with those cameras, and support for three years of OS and security updates.

They also have headphone jacks — something Google has dropped from its high-end phones. 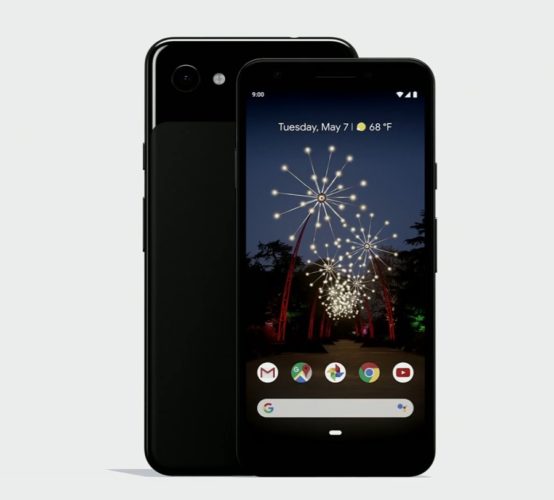 Google says one of its goals for these phones was to offer many of the same features available on its high-end Pixel smartphones on devices that could sell for about half the price.

Case in point: Like Google’s Pixel 3, the Pixel 3a has a high-quality 12MP rear camera with support for features including Super Res Zoom and Night Sight. And there’s support for a software-based Portrait Mode (with a blurred background) whether you’re using the rear camera or the lower-resolution front-facing camera. 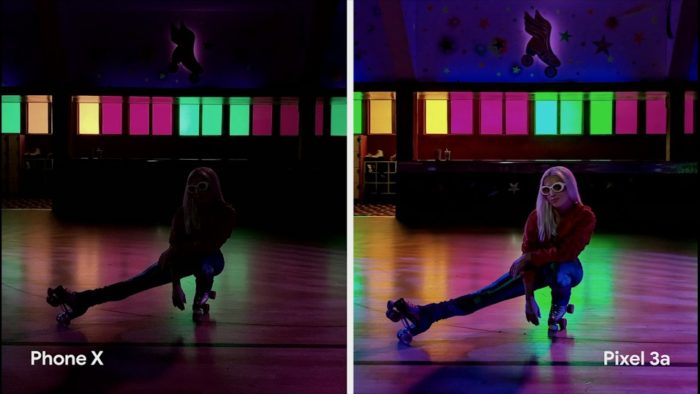 The Google Pixel 3a will also support Time Lapse camera mode, which is a new feature coming to all Pixel smartphones including the Pixel, Pixel 2, and Pixel 3 as well as the new mid-range models.

And also like Google’s flagship Pixel phones, the Pixel 3a supports AR in Google Maps, providing real-time walking directions with big blue and white arrows that show the way as you move about your environment.

The Pixel 3a comes in three colors: black, white, and purple-ish (light purple).

As usual, you can get the Pixel 3a from the Google Store, Project Fi, or Verizon… but for the first time you’ll also be able to get the phone directly from other US wireless carriers including T-Mobile, Sprint, and US Cellular.

Notably absent from that list? AT&T. But there’s nothing stopping you from buying an unlocked Pixel 3a and using it with AT&T’s network.

The phone will also be available starting today in Europe, Australia, Taiwan, and Singapore.

Here’s a run-down of the specs for the new mid-range Pixel phones:

Aside from the mid-range processors, how are these phones different from the Pixel 3 and Pixel 3 XL?

But those tradeoffs seem pretty reasonable for a phone that’s half the price of a Pixel 3, but which has the same stellar photography features and the same 3 years of software updates delivered directly by Google.

21 replies on “Google unveils Pixel 3a smartphones, priced at $399 and up”