Google rolled out the first beta of Android Q earlier this year, but the company has now confirmed that the next version of its smartphone operating system will be called Android 10 when it launches later this year. 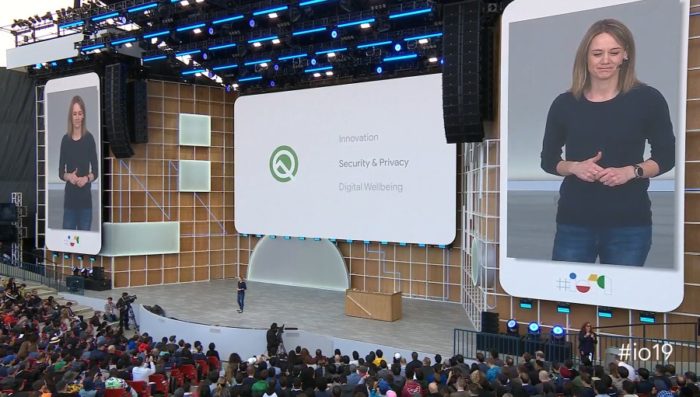 Google says it used to need a 2GB, cloud-based model for this sort of text-to-speech technology, but now it’s done using an 80MB file that can be stored on device.

Similarly, Smart Reply can be run on-device in Android 10, offering suggested replies to incoming messages or even suggested apps you might want to open. 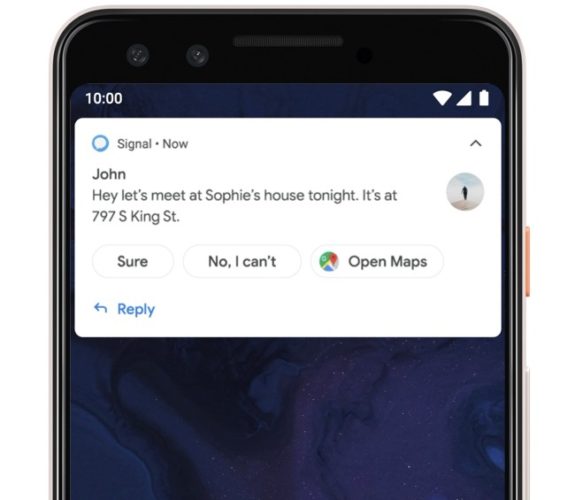 Since data doesn’t leave your phone, Google says there’s also no need to send the data to Google servers, thus protecting your privacy.

Google says you’ll be able to enable dark mode from a quick tile or in Display Settings. You can also enable it by turning on Battery Saver Mode, and Google says dark theme should help extend your battery life if you’re using a device with an OLED display.

New security and privacy features in Android 10 include a a new dedicated Privacy section in Settings, and a new Location section that gives you more control over how apps can access your location data — only when they’re in use, for example.

When an app does want to know your location, you’ll also see a new notification reminding you that it’s happening.

And Google says you will no longer need to wait for an operating system update to get new security features. They’ll roll out through Android OS Framework updates much the same way that app updates do. 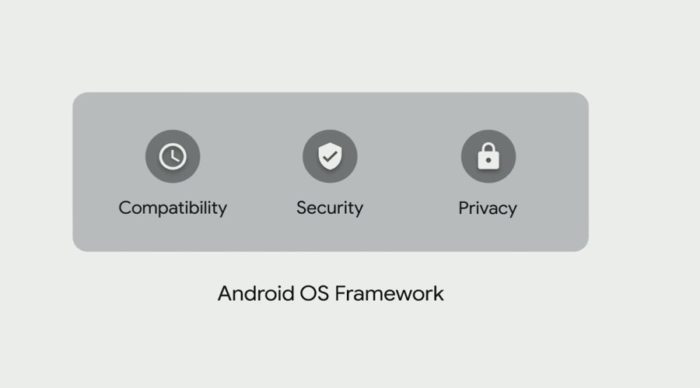 Other security updates included in Android Q Beta 3 include a restriction on apps launching from the background (now they’re blocked rather than just showing a toast warning), access to device identifiers such as your IMEI or serial number is limited, and the move to TLS 1.3 should speed up connections by up to 40 percent.

Goodbye buttons, hello gestures. Android Q Beta 3 eliminates the back button, and shows just a single pill/line at the bottom of the screen.

As for back? That’s a little weirder. Swipe from the left or right side and you’ll see a little back button appear. So to go back you swipe from the right or left edge… and without lifting your finger, swipe back to the edge of the screen.

It’s a little hard to describe, so here’s a video from The Verge that shows the new “back” gesture at about 1:30:

You can multitask by either swiping along the bar at the bottom of the screen to switch between currently-running apps, or you can swipe up and slide your finger over a bit to get to the card-style multitasking view.

All told, the new navigation system seems a little less user friendly than buttons to me… but the move to gestures does solve a few problems.

First, it means that there isn’t a row of virtual buttons taking up space on you screen most of the time anymore… just a thin bar at the bottom. And second, as smartphone screens get bigger and bigger, it’s harder to reach across them with a finger when you’re only using a single hand to hold and use the phone. Gestures mean you might not have to reach as far for the back button, because you can just swipe from the side of the screen.

Google is also bringing new Digital Well Being features to let users limit their interactions with their devices. Family Link brings a new set of parental controls to the Settings of an Android device, and there’s a new API that allows you to capture audio from one app using a different app (for things like low-latency live-streaming  of video games).

While Android 10 won’t be roll out to the public until later this year, Google has announced that Android Q Beta 3 is available starting today for 21 devices from a dozen OEMs. 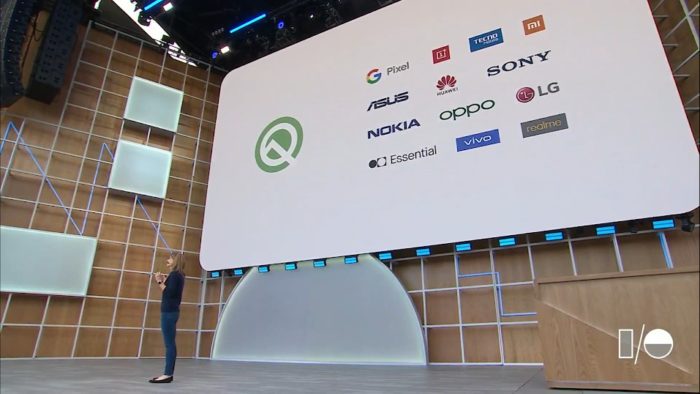