Google is rolling out a software update to Google TV boxes such as the Vizio Co-Star, LG Smart TV, and Sony Internet Player. In a nutshell, Google TV is like Android for your TV. You can run some Android apps, stream music and movies from the internet, and navigate local  content and live content as well.

The new software update is aimed at making it easier to find the content you’re looking for through an improved content guide and new voice search features. 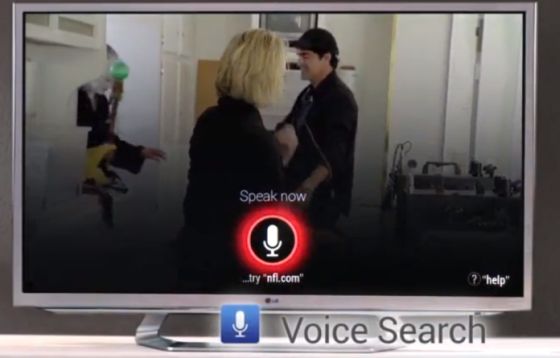 And when I say voice search, I don’t just mean you can say “Star Trek” into your remote control to bring up Star Trek episodes. Google TV will let you search for channels using your voice or search for general topics.

If you can’t remember the name of a show or channel, just use likely keywords and Google TV will try to help you find what you’re looking for. A search for “fantasy football” will bring up “The League,” and a search for History Channel will let you jump to that channel without entering a number.

The new guide is called PrimeTime and it lets you flip through available content without exiting your current view.

Google is also updating its YouTube app for Android and Google TV, letting you pair your phone or tablet with a Google TV device. That makes it easier to find a video on your phone and start playing it on your TV with just a tap of a button.

The LG Smart TV G2 Series will be the first to get the new software, but it should be coming to other devices in the coming weeks. As GigaOm points out, the LG television’s remote control has a built-in mic for voice search. Sony and Vizio set-top-box users will have to pair their smartphones or tablets with their Google TV boxes in order to use voice search.

Unfortunately first-generation Google TV devices such as the Logitech Revue will not be getting the update.

Google TV hasn’t really taken off in a big way as a platform, but hardware makers seem convinced that there’s a future in smart TVs. At least that’s my best guess for why they keep cranking out devices like these. Probably the biggest selling point for Google TV is the ability to pool all of your programs together, including online video, local cable channels, video on-demand, and more. The new updates seem to make sifting through that data even easier.