Earlier this month when I reviewed the Nexus Q set-top streaming device, I kept wondering why in the world Google needed to create a new product for this function when it would be so much better to make it a feature of Google TV. The Q allows Android phone and tablet owners to stream video and music to an HDTV or home entertainment rig right from their handheld device, similar to the way AirPlay works with Apple products. 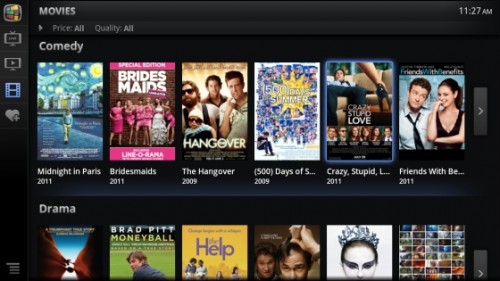 Yes, I know that Google TV doesn’t have a huge following and the Logitech Revue is kaput. Still, Sony and Vizio are still on board and app makers continue to show interest in developing for it. So why no easy hook-up and stream for GTV?

Well, according to GigaOm’s Janko Roettgers, Google is planning to incorporate AirPlay-like functions into Google TV. It will start with YouTube videos and grow from there. The functionality will be similar to working with the Nexus Q. Once your Android device is connected to your Google TV — perhaps via an app — a “Play On” button will appear in compatible apps.

There’s even talk of allowing third-party apps access to this functionality. Apparently the test bed for all of this is the Google Q itself. I find it funny that Google is still putting out products that are essentially beta tests for different products in the hardware realm the same as they did with web apps.

There’s no firm timeline for any of this, but the ability to launch and control YouTube vids from Android is coming “soon”. I hope we get other Google apps before too long. I won’t hold my breath for third-party apps as that will probably take much longer.