Visit a foreign language website in the Chrome browser on your Android phone, and the browser will offer to translate it into your preferred language. But what happens when you fire up a mobile app that has foreign-language content? Nothing… until now.

Google has announced that Android 6.0 adds Google Translate support to many apps, allowing you to translate about 90 different languages. 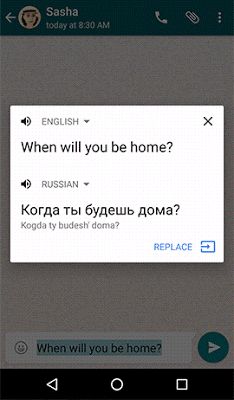 Translation isn’t automatic. First, you’ll need a device running Android 6.0 Marshmallow. Next, you’ll need to have the Google Translate app for Android installed on your phone. And finally, the feature only works in apps that either use Android’s default text selection behavior or which have had Translate support explicitly added to custom text selection features.