Google’s latest crazy idea to change the world involves using balloons to blanket hard-to-reach areas with internet access. It’s called Project Loon, and in June the company announced it had already been running a limited test in New Zealand. Now it looks like Google is ready to expand that test — and this time it’s closer to home.

Google is seeking folks in California’s Central Valley interested in testing the service by attaching a Loon antenna to their homes or businesses. 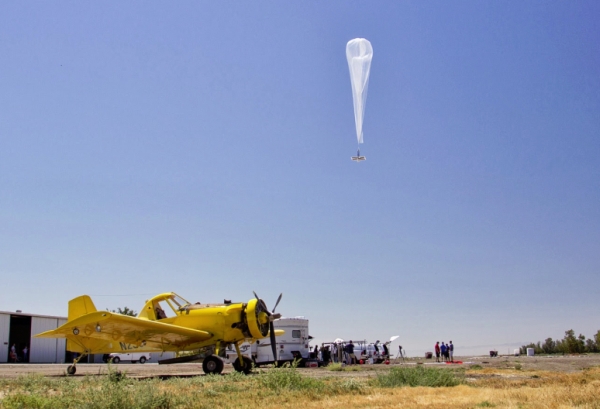 You can apply to join the test by filling out a survey from the Project Loon team.

It’s not clear how many people Google plans to bring into the test, but the company is looking to load-test the service, which suggests there could be a lot of testers (and a lot of balloons) involved. The initial New Zealand pilot program initially only provided internet service to about 50 testers.

Project Loon’s balloons float about 12 miles above the ground, and when the air streams carry one balloon out of range, another should float into place to provide uninterrupted access. At least that’s how things are supposed to work.

The idea is that balloons in the air can provide 3G-like data speeds in places where wires and cellular towers aren’t readily available (or easy to set up).