New users don’t need a Google+ profile to upload videos, create a channel, or leave comments anymore. And comments left on videos won’t show up on your Google+ profile should you choose to maintain one.

This is just the latest move to unbundle Google+ from some of Google’s other services. The company recently took the technology behind Google+ Photos and launched a new service called Google Photos, while pretty much killing off the Google+ version. 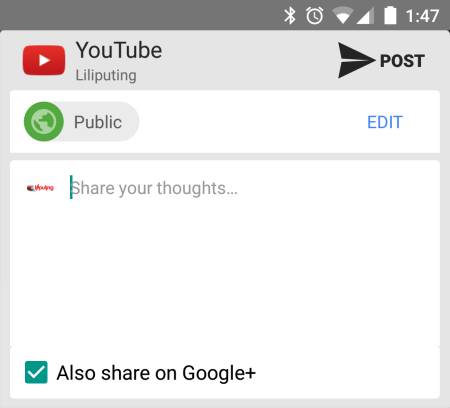 For example, location sharing will be built into Hangouts and other communication apps, rather than Google+. More changes could be on the way.

Users won’t have to create publicly visible Google+ profiles to use many of Google’s services such as YouTube or Hangouts in the future. A private Google account will do.

Meanwhile, Google+ will remain a network for users that want to have in-depth conversations about specific topics. While the platform has never been as popular as rivals Facebook or Twitter, there are some loyal Google+ users that value the ability to create groups, leave long comments, and share media easily, among other things.

When Google first launched the Google+ social network, a lot of folks figured it was a Facebook rival. Maybe Google did too. But eventually the company started to treat Google+ not only as a social network, but also a central hub for all of your activities across Google apps and services.

Some users weren’t fond of that move… and now it looks like Google is stripping Google+ for parts.