It’s official: Google is a gaming company (among other things). The company says the goal of its new Stadia game streaming service is to make it easy to game anywhere, any time.

You don’t need a high-end gaming PC. And you don’t even need to wait for a game to download.

Stadia works on PC web browesrs, phones, tablets, or smart TVs and you can begin playing right away.

Google says Stadia will launch later this year, and it will be available in the US, Canada, the UK, and most of Europe.

You can sign up for more information at at Stadia.com and developers can apply for early access at Stadia.dev. 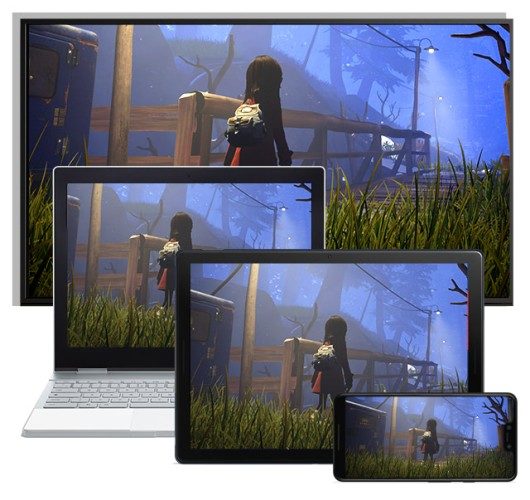 As Google noted during its GDC keynote today, it wasn’t exactly a secret that the company was working on a game streaming service. Late last year Google launched a trial called Project Stream, which allowed participants to stream Assassin’s Creed: Odyssey to a web browser for free for a few months.

In the future the company plans to offer 8K, 120 fps support.

For now, the plan is to work with game developers to bring more games online, using Google’s cloud infrastructure to let users quickly begin playing on any device.

As an example, Google said you could watch a YouTube video related to Assassin’s Creed. Want to play? Click the “play” button and within 5 seconds you can start playing in the browser. 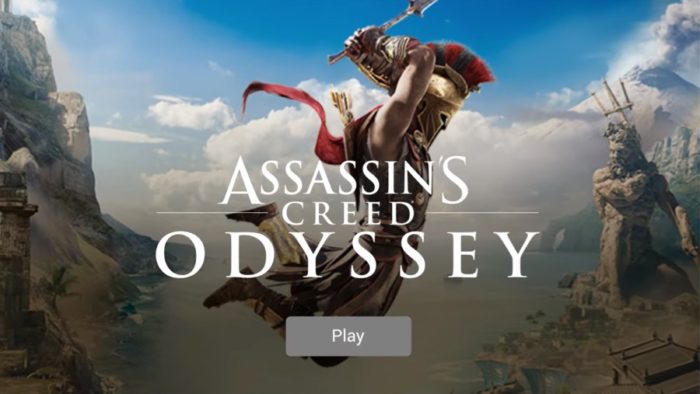 The idea is to let users click a link in a video or a website and start playing immediately.

In terms of software, Stadia runs a Linux-based operating system and use the Vulkan open source graphics API. It also supports the Unreal Engine, and Google’s pitch to developers is that they can code on Google’s cloud, their own cloud, or using desktop tools.

Google says Stadia is not a new game console that will compete with the PS4 or Xbox One. It’s a cloud service that works on your existing devices including desktops, laptops, TVs, and phones. And since the processing is all happening in the cloud, you don’t need a device with a powerful CPU or graphics card.

That said, Google did point out that it’s worked with AMD to develop custom hardware for Stadia, with each instance offering more computing power than a PS4 Pro and Xbox One X combined.

Google also noted that developers can choose to enable cross-platform play and game saves… although I do have to wonder how well this will work in practice. Obviously the goal is to offer as little latency as possible, but gamers who are playing on a local device are likely always going to have a slight edge in competitive games when playing against folks who are streaming games over the internet.

That said, Google does have one optional accessory that could help reduce latency. You can use your own gaming mice, keyboards, or controllers. But the new WiFi-enabled Stadia Controller connects directly to the game you’re playing over the internet rather than connecting to your phone, tablet or TV. 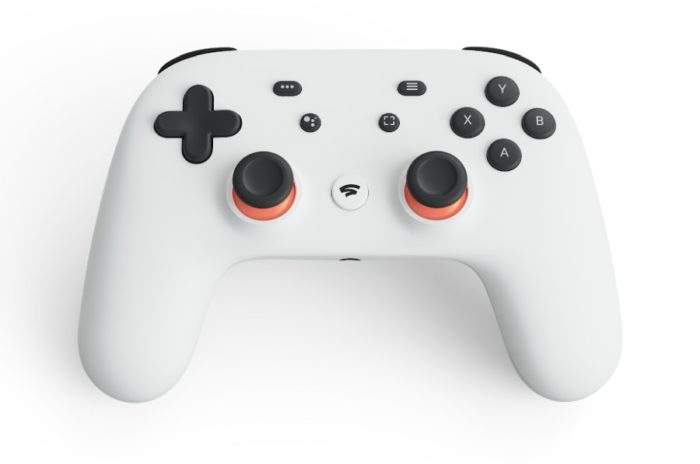 The controller also has a built-in capture button for saving and sharing your game session to YouTube. And there’s a Google Assistant button that lets you access Google’s voice assistant.

Oh, and you’ll be able to use that assistant to get game hints, among other things.

During the keynote, Google showed Stadia game streaming working on a Chromebook, a Chrome OS tablet, a smartphone, a cheap PC, and a TV (via a Chromecast).

When you start to think of games as things that you begin playing in the cloud by clicking a link, it also enables some interesting new possibilities. For example, Stadia supports a new feature called “State Share” that lets you share a game state with a custom URL.

For example, anyone would be able to click a URL to start a game from the exact point, with the exact same settings, inventory items, or other features. This would let gamers do things like issue challenges to other users (like “can you beat my speed run time when starting from the same spot?”).

As for where you’ll find Stadia games… it could be anywhere. Since all you need to do is click a link to get started, you may find Stadia-powered games anywhere on the web. But Google also plans to have its own game store.