Google’s anticipated game streaming service is launching November 14th, and Google says it’ll allow you to play PC games on a variety of screens without investing in high-end gaming hardware.

Instead you can launch Google Stadia on a PC just by opening the Chrome web browser and visiting the Stadia website, or stream games to a TV by plugging in a Google Chromecast Ultra. A Stadia smartphone app will also let you stream games to a mobile device… although only the Google Pixel 3 will be supported at launch.

Stadia isn’t exactly a Netflix-for-games service though. You can either use Stadia Base, which allows you to pay for individual games that you can stream or sign up for Stadia Pro at $10/month for access to a selection of playable content plus game discounts and higher-quality game streaming. 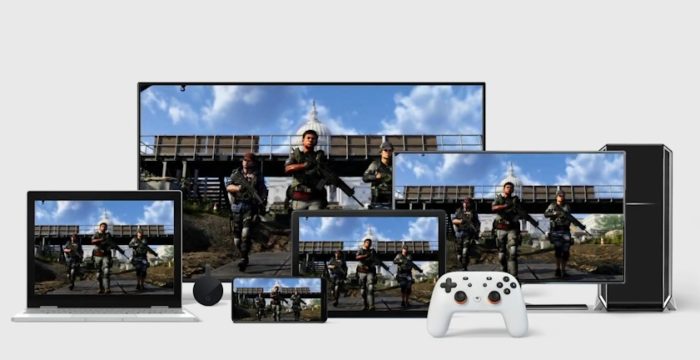 Stadia Pro is launching in November, while Stadia Base won’t be available until 2020. And 4K game streaming with 5.1 channel audio will only be available to Stadia Pro subscribers — Stadia Base tops out at 1080p and stereo sound.

By comparison, you could easily end up spending $1000 or more on a gaming PC capable of handling 4K content… you’d have to subscribe to Stadia for 8 years before you’d end up spending that much.

And odds are serious gamers would want to upgrade their hardware every few years, while Google can upgrade its server technology regularly.

Google is also taking pre-orders for a bundle called Stadia Founder’s Edition. For $129 you get:

Stadia Founder’s Edition customers also get to be among the first to reserve an exclusive Stadia name. 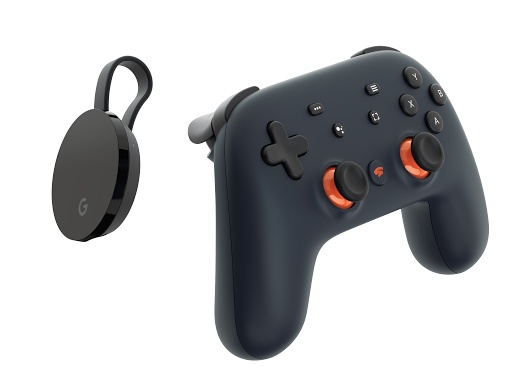 As for that controller, you can buy one on its own for $70, and Google notes that while it offers some special features for Stadia including the ability to connect directly to your gaming session over the internet (without going through your PC, Chromecast, or other device), you don’t need special hardware to use Stadia. You can also use an existing game controller, mouse, or keyboard if you’re playing on a PC web browser (you’ll need a controller if you’re using a Chromecast Ultra).

OK, so that’s the good stuff. As for the fine print, Google is playing up the low latency of its game streaming technology and the ability to deliver high-quality graphics over the internet. But there’s always going to be a little more lag when you’re playing games running on a remote server, which could give PC gamers with their own hardware an edge on games that require fast reaction times.

That said, I could see Stadia being an interesting option for folks who like to play games and want to be able to play on multiple devices… but like the idea of doing so without buying and continually updating dedicated hardware. 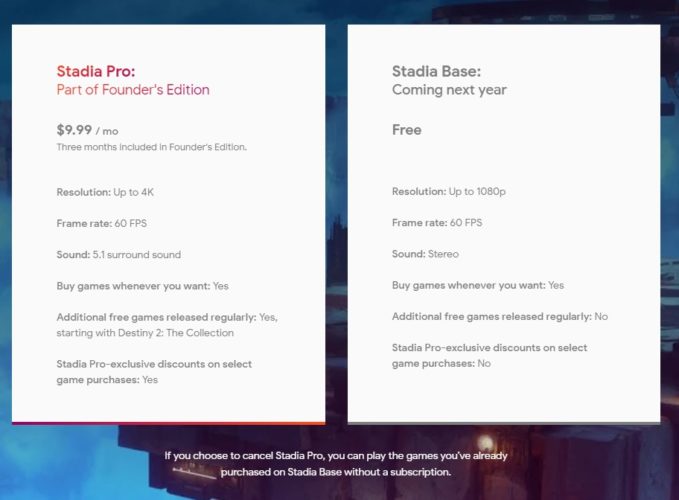 Stadia will be available in the following countries at launch, although Google says more countries will be added in 2020: