Google’s Project Ara is an effort to create a modular smartphone. Google will sell you a skeleton and you’ll be able to select the screen, processor, storage, battery, and just about everything else.

A group at the company’s ATAP special projects team has been developing Project Ara for over a year and hopes to bring the project to market in early 2015. But up until now the company has been showing off buggy prototypes. 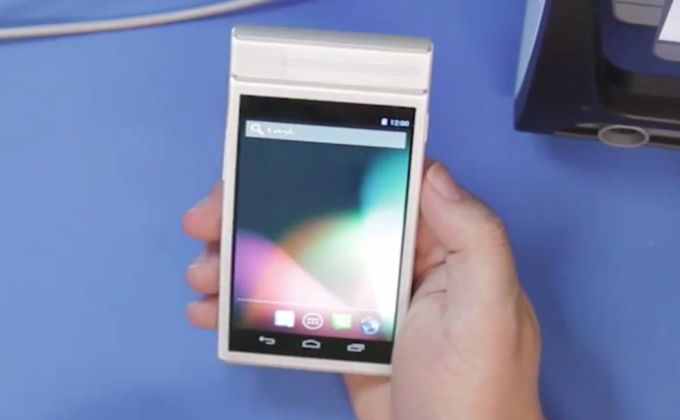 Wired’s Mat Honan got a chance to see Project Ara in action when he visited the developers to talk about the ambitious project. Meanwhile, the folks at Phonebloks (who are at least partially responsible for inspiring Project Ara) caught a working prototype on video.

Skip ahead to about 2:25 to see the phone boot.

At this point Project Ara is still very much a work in progress — and Google is hoping that part of that progress comes from third-party developers who will create modules that you can use with the system. The company only really plans to sell the frames, which it calls endoskeletons.

Google plans to offer 3 endoskeletons in 3 different sizes: and there’s no reason you can’t buy more than one. So if you’re not a fan of phablets, you can buy a smaller frame… but you could also buy a small frame and a big one. Just attach key modules to the big skeleton when you want a big screen experience, or take them off and slip them onto the smaller frame when you want to slide a small smartphone into your pocket.

You’re not stuck with the components you choose: not only can you upgrade to better hardware later on… but you can even swap out most modules without even rebooting your phone.

Don’t need a camera, but want extra-long battery life? Just pop out the camera and slap in an extra battery.

You will need to open an app to look at an overview of attached modules and choose the one you want to disable before you can swap components. But it’s pretty crazy to think that you may eventually be able to connect hardware to your phone almost as easily as you can now plug in a USB printer, scanner, or disc drive to a notebook PC.