Google says it has no plans to kill Chrome OS and replace it with Google Android.

The Wall Street Journal recently reported that Google was planning to merge the two operating systems in the future, but Google’s senior vice president of Chrome OS and Android says that while the company continues to work to “bring together the best of both operating systems” there’s “no plan to phase out Chrome OS.” 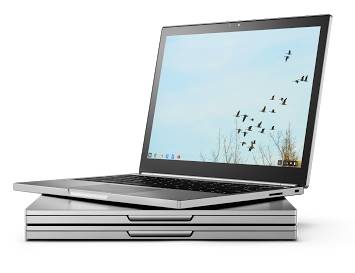 Interestingly, the rest of Hiroshi Lockheimer’s blog post on the topic doesn’t really talk about that “bring together the best” part. Instead, he highlights the successes of Chrome OS:

Oh yeah, he also let slip one piece of previously unannounced news: the Asus Chromebit is finally launching. The tiny Chrome OS PC-on-a-stick will be available within a few weeks for $85.

So Chrome OS isn’t dead, Google says we can expected dozens of new Chromebook models in 2016, and the company continues to roll out software updates every 6 weeks.

Here’s the thing though: none of this quite means that the Wall Street Journal report was entirely wrong. The report made it sound like Chrome OS and Android as we know them today would cease to exist and instead become a single operating system that runs across phones, tablets, desktops, and notebooks. But it’s possible to read the article another way: Chrome will continue to pick up more features from Android while Android will get some Chrome-like features.

Lockheimer doesn’t really address that possibility, but you can already run some Android apps on Chromebooks, and there are tools that make it easy for Android app developers to bring their software to the Google Play Store. So the number of apps that you can download and run on Chromebooks continues to grow… which sort of makes Chrome OS a little more like Android,

As for the Android, maybe we’ll start to see Chrome OS-style features including support for viewing multiple apps at once in windows. There’s already experimental support for a multi-window mode in Android 6.0. And maybe we’ll eventually get support for third-party extensions in the Chrome browser for Android, which could make the Android web browser feel a lot like the web browser that forms the foundation of Chrome OS.