Bluetooth headsets changed the way many people use cellphones. Instead of holding a brick of metal or plastic up to your ear, you can keep your phone in your pocket while you talk.

Now Google is unveiling a project that could bring the same sort of hands-free operating to smartphones, complete with maps, video chat, and all the other visual capabilities that set smartphones apart from the mobile phones of yesteryear. 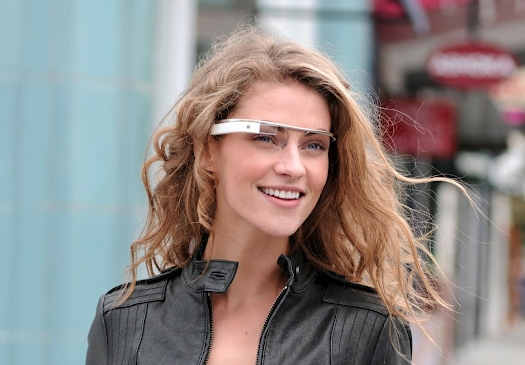 Right now Google’s Project Glass is in the very early phases. Google is showing off a few prototypes of a heads-up display that looks a bit like a pair of glasses, as well as a concept video showing how you could use Project Glass throughout the day.

The concept combines augmented reality, voice control, and a lot of the features we’ve come to expect from Android smartphones including Google Maps and Google Talk. There’s even a built-in camera that can be used to snap photos or live-stream a video of whatever you’re looking at in the real world.

Probably the most impressive thing about the Project Glass prototypes is that they don’t look awful.

We’ve seen eyeglass computers in the past. The Epson Moverio BT-100, for instance, is a wearable display powered by Google Android. But it’s really designed for providing an immersive experience while watching movies, so the BT-100 looks like a thick, dark pair of glasses that covers half your face.

Project Glass, on the other hand, looks a bit like a pair of glasses with a tiny, transparent display that covers just a portion of your field of view from one eye. When there’s nothing special to display, you can see right through the glass, but when you receive a notification or need to see other visual information, it pops up on a transparent background.

The New York Times reports that Google is only showing off early concepts at this point, and we could eventually even see glasses disappear altogether. Future versions of the the wearable display could be printed onto contact lenses.

For now, Google is apparently testing a variety of shapes and sizes — including displays that can be worn over a normal pair of glasses.