There are a growing number of Chromebooks with convertible tablet-style designs. So it makes sense that over the past few years Google has added some touchscreen-friendly features to Chrome OS, like an on-screen keyboard for typing without touching a physical keyboard.

Now Google is rolling out the stable version of Chrome OS 57, and it includes a few more tablet-friendly features… although not all tablet-style Chromebooks are getting the update right away. 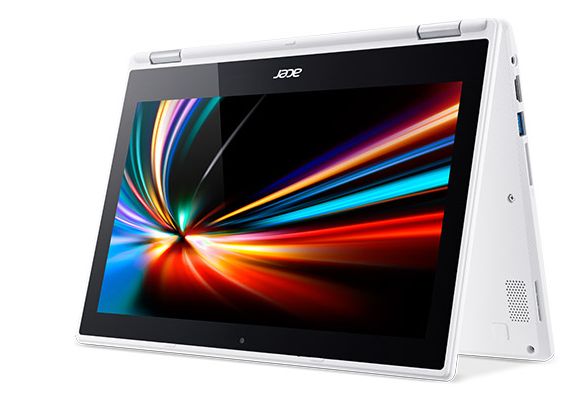 Among other things, Chrome OS changes what happens when you press the power button. Previously, pressing the power button would lock the device and show the lock screen. Now it puts a Chromebook to sleep.

That might seem like a small change, but it’s an important one: if you’re using a Chromebook in laptop mode you can put it to sleep by closing the lid. But if you’re holding a tablet that might not be an option.

Right now most tablet-style Chromebooks feature built-in keyboards that fold back behind the screen when they’re not in use. But this paves the way for Chromebooks with detachable keyboards or Chrome OS tablets with no keyboards at all.

For now, it’s nice to know that you can keep a convertible Chromebook in tablet mode without flipping the screen just to put the device to sleep.

Another tablet-friendly feature is an updated Camera app feature that adjusts the UI depending on whether you’re using a front or rear camera. Not only is this useful for tablets or other devices with dual cameras, but it can also be used on some of the education-oriented Chromebooks that have a single camera that can tilt to face the keyboard side of a laptop, or face away.

Other changes include support for PIN unlock on all Chromebooks, an updated boot animation and updated default wallpaper, and support for silent authentication.