The next major version of Android brings native support for foldable devices, new privacy features, additional features for enterprise users, and a new “sharing shortcuts” API that should make it easier to share content from one app using another.

Android Q won’t be finalized until sometime this fall, but if you have a Google Pixel smartphone, you can download and install the first Android Q Beta starting today either by downloading and flashing an image for your device, or by signing up for the Android beta program.

Just keep in mind that this is pre-release software, and there are some known issues. You probably aren’t going to want to use this operating system as your daily driver, but developers and enthusiasts can take it for a spin on a secondary device. 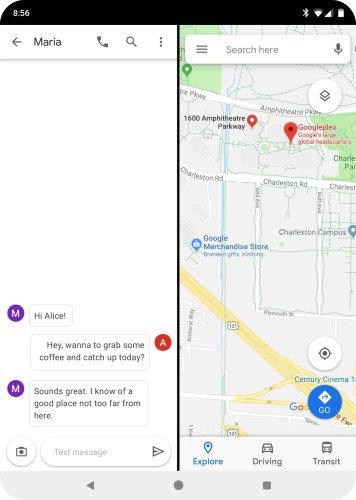 For example, Google notes that “system and app performance are known to be periodically slow and janky, and devices may become occasionally unresponsive.” If that’s not enough to scare you off, “battery life may be regressed” and “some apps may not function normally on Beta 1,” including apps from Google and other developers.

That said, if you want a sneak peek at Android Q, here are some of the new features on the way:

Google is also expanding the use of the Volkan 3D graphics API, introducing version 1.2 of its Neural Networks API, and improving its ART runtime performance, among other things.

Keep in mind that this is just the first of 6 planned betas. So we could see features added, taken away, or refined in the coming months.

You can read more about Android Q Beta 1 in Google’s post on the Android Developer blog, or head over to developer.android.com/preview for more details.