Google plans to release Android Q in the third quarter of the year, and the company is one step closer today thanks to the launch of Android Q Beta 5, which also happens to be the first official “release candidate” build.

Update: Google had temporarily paused the rollout after receiving reports of installation problems.

Update 2: The rollout has resumed. 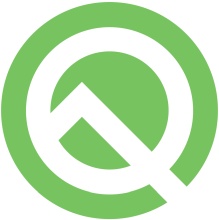 That means it’s unlikely Google will add any major new features in the sixth and final beta which will likely be released sometime in the coming weeks.

So what’s new in Android Q Beta 5? Not all that much really, but there are a few changes.

While Pixel phones and a handful of other devices (including the Essential PH-1) will likely begin receiving the Android Q update shortly after it goes live, history suggests it could be a while before most phone makers bring the updates to other models. But it’s likely that new phones that start shipping in late 2019 and early 2020 will come with Android Q pre-installed.