Google’s Pixel and Pixel XL smartphones were the first devices to ship with Android 7.1 software. But now Google has released the first stable builds of Android 7.1 for a bunch of recent Nexus and Pixel products.

New Android 7.1.1 factory images, OTA update images, are available for the Nexus 5X, Nexus 6P, Nexus 9, Nexus Player, and Pixel C. There’s also a December update for the Pixel and Pixel XL, and Verizon and other carriers are rolling out over-the-air updates for those devices as well. 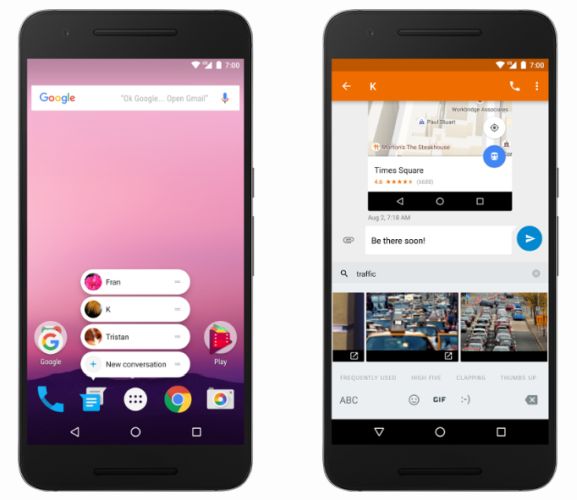 While today’s update is a pretty modest bump for Pixel phones, it brings a few key new features to older devices, including:

Ahead of today’s launch, Google had offered preview builds of Android 7.1 for some devices to folks who signed up for the Android beta program. But now they’ll begin rolling out more widely. If you’re a beta tester and want to leave the beta program, make sure to backup your data first, since leaving the program will prompt Google to send you an over-the-air update to the latest stable version of Android… and installing it will wipe your device.

One recent Nexus device that doesn’t yet have an update? The Nexus 6 smartphone from 2014. Google did release a software update for that phone, but it’s just a new version of Android 7.0.

Google had indicated that the Nexus 6 would receive an Android 7.1 updated eventually, but it looks like today isn’t the day for that. Update: Looks like a Nexus 6 update is still on the way, as is one for the General mobile 4G Android One smartphone.

Nexus and Pixel devices are the first to get the update, but this is also the first build of Android 7.1.1 that will make its way to phones, tablets, and other devices from other companies.