Google has started pushing the source code for Android 4.2 to the Android Open Source Project. There are also new Android 4.2 factory images for the Google Nexus 7, Nexus 10, and Galaxy Nexus devices. 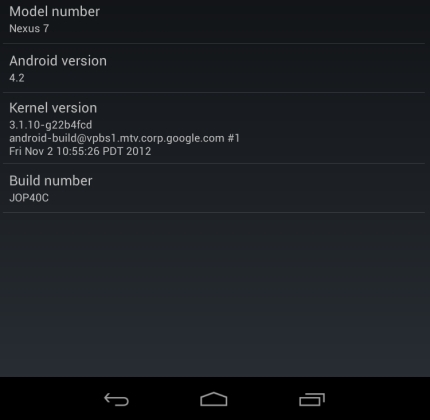 Factory images for the Nexus 4 and Nexus S smartphones and Motorola XOOM tablet aren’t available… and it looks like official builds may not be coming anytime soon. Fortunately I suspect custom ROM builders will step up to the plate eventually.

OK, so what does all this mean?

Basically it means that independent developers are about to start to go crazy with Android 4.2. The source code will let developers incorporate the latest Android features into custom ROMs such as AOKP, CyanogenMod, or MIUI. And the factory images will make it easier to work with the hardware such as cameras, sensors, and wireless radios on Nexus devices.

In other words, if you just run the operating system that comes with your phone or tablet, this announcement doesn’t mean much. But if you’re a hacker/developer looking to put your own spin on Android 4.2, or a phone or tablet user looking for some souped up software for your device, the wait is almost over.