Google has started pushing out over-the-air software updates for the Samsung Galaxy Nexus smartphone and Google Nexus 7 tablet. If you have one of these devices and you haven’t installed a custom ROM, you should be prompted to install the Android 4.2 update sometime in the next few days.

Or you can download the update directly from Google’s servers and install it yourself. 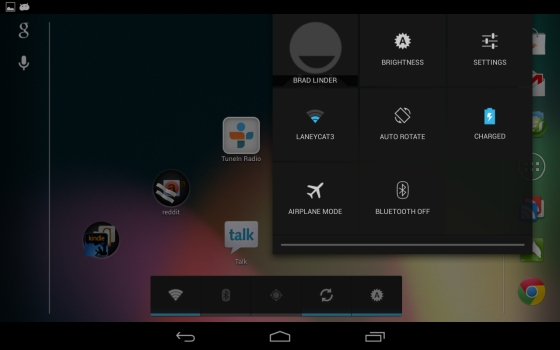 Android 4.2 Jelly Bean adds a number of new features including improved text entry, support for multiple user accounts on a single device, widgets on the locks screen, and a new camera app which lets you shoot “photo spheres” which are sort of 360 degree panoramic photos.

It also adds a new quick settings panel which you can use to toggle rotation, wireless, and other functions without digging through a series of complex menus.

If you don’t feel like waiting for Google to push the update to your device, you can download the software directly from Google using the following links:

If you have a CDMA Galaxy Nexus working with Verizon’s network, you’ll probably have to wait a little longer to get your hands on Android 4.2.

The updates will only install properly if you’re using a stock ROM on your device. In other words if you’re using CyanogenMod or another custom ROM, you’ll need to either wait for the developers to incorporate Android 4.2 code, or switch back to the stock Android 4.1.2 software in order to update to Android 4.2.

On the other hand, if you’ve rooted your device and/or installed a custom recovery, you can update pretty easily. I just downloaded the Android 4.2 update file for my Nexus 7, rebooted into TWRP recovery, and used that to flash the update.

Android Police has a good walkthrough for flashing the update using the built-in recovery that ships with the Nexus 7.

Flashing this sort of software update on a rooted phone or tablet will remove root access. But there’s a simple way to preserve root.

Just install Voodoo OTA RootKeeper on a rooted Android device. Then fire up the app and hit the button that says “Protect Root.” 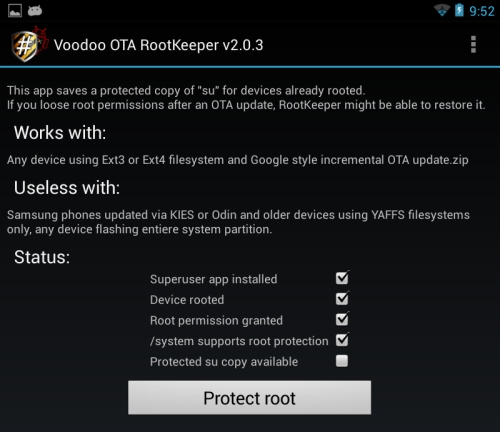 Then after you’re done flashing the update, launch the app again and use the option to restore root. It’s that simple — and it worked perfectly on my Nexus 7.

Note that installing the official Android 4.2 update will also overwrite ClockworkMod, TWRP, or any other custom recovery with Google’s stock recovery.

The simplest way to re-install a custom recovery tool (that lets you backup or restore your device or flash custom ROMs or other updates) is to use GooManager.

Once you’ve installed the free app, hit the menu button and choose the option that says “Install OpenRecoveryScript.” It will download the latest version of TWRP and install it on your device.