When Google first announced it was working on Android 12L, the company described it as an update focused on tablets and foldables thanks to new features optimized for large screen displays.

But now that Android 12L is out of beta, guess which devices will be the first to run Android 12L software? Google’s Pixel phones. You’ll have to wait until later this year for Android 12L to roll out to tablets and foldables from Samsung, Microsoft, and Lenovo that can take full advantage of the new operating system. But Google does have a some new goodies in store for more traditional phones. 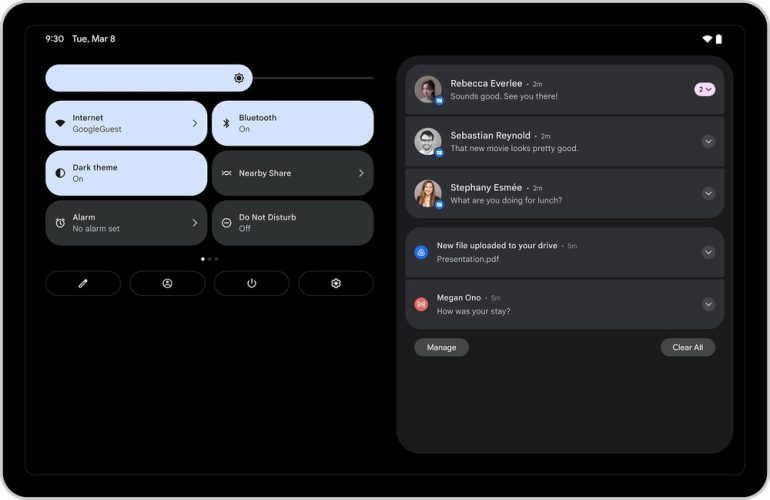 The biggest changes in Android 12L include a new layout for use on large screen devices, with a taskbar on the bottom of the screen and support for multi-pane views for Quick Settings, notifications, and settings. This makes it easier, for example, to view Quick Settings and notifications at the same time in a two-column layout.

But Android 12L also brings a number of more subtle tweaks to smartphones that don’t have tablet-sized displays.

The operating system is rolling out now for the Pixel 3a and later, and Android 12.1 OTA images are available from Google’s developer site. And 9to5Google has a roundup of everything they could find that’s new, including:

Keep in mind that some of these features may be exclusive to Google’s Pixel devices, while others may eventually make their way to other phones when Android 12L becomes more widely available.

Speaking o Pixel-exclusive features though, Google is also now rolling out a new Pixel Feature Drop for the Pixel 3a through 5a (with Pixel 6 feature drops coming later this month).

Among other things, the feature drop brings: