If you want to buy a Google-branded video streaming device, you currently have two options: the Chromecast or the Chromecast Ultra. But if you want a device with the more full-featured Android TV user interface, you need to go with third-party hardware.

Since Google stopped selling the Nexus Player (which first launched in 2014), the company hasn’t offered an Android TV device under its own brand.

But that changes today… but only for developers. Google’s new Android TV device is called the ADT-2 and it’s a 4K-ready dongle that hangs from the HDMI port of your TV, much like a Chromecast. But it runs Android TV software and you can’t buy one. It’s a developer-centric device and Google has no plans to sell the ADT-2 to consumers. 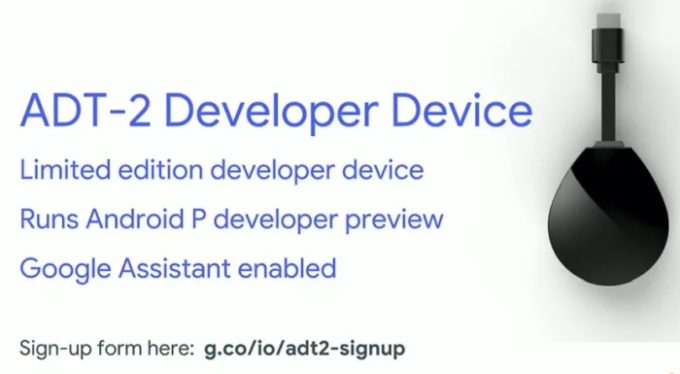 The little box features an Amlogic S905X processor, 2GB of RAM, 8GB of storage, and support for 4K video at 60 frames per second and HDR content.

It’s smaller, but much more capable than the discontinued Nexus Player, and the ADT-2 is Google’s new reference design for internal testing of Android TV and now Google is allowing hardware and software developers the chance to sign up for one of a “limited number of devices” it has available.

Oh, and if this little stick looks familiar? That’s because it hit the FCC last month. At the time I was pretty sure it was some sort of third-party device rather than an official Google product, because Google doesn’t make Android TV devices in this form factor, and the G logo just looked way too conspicuous. 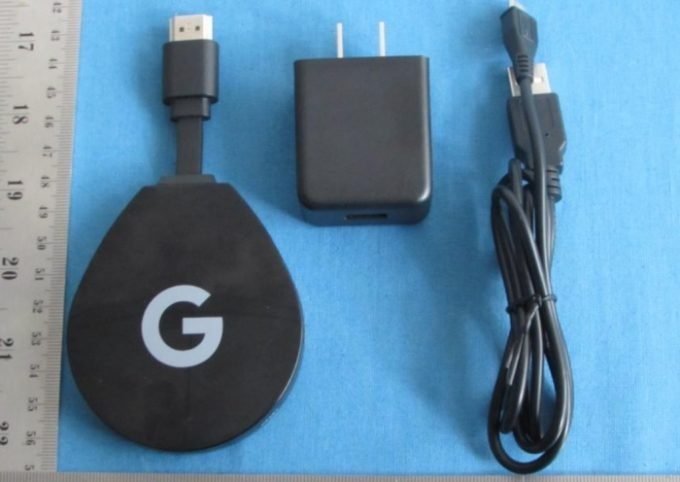