While third-party phone makers have been including voice memo apps on Android phones for years, Google didn’t get around to launching its own voice recorder for Pixel phones until the Pixel 4 launched in 2019. But it was almost worth the wait — Google Recorder isn’t just a free app that lets you save voice notes. It can also transcribe them in real-time, letting you dictate notes that are saved as text.

Now Google has released an update that could make the app even more useful: cloud backup. 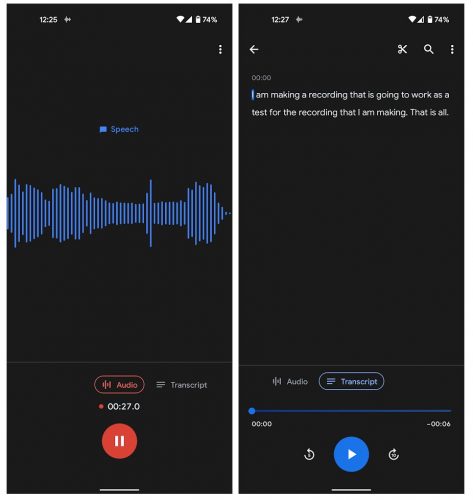 Google Recorder 2.2 is starting to roll out to Pixel phones, and it has an option to back up your recordings to your Google Account. If enabled, you’ll be able to access recordings by visiting recorder.google.com in a browser, where you can play audio files and read transcripts.

There’s a two-pane view on the website, with a list of files on the left and a player on the right, with playback controls including a play/pause button, skip ahead and back buttons, and a time slider.

Backing up your recordings to the cloud also allows you to:

One down side of the cloud backup option? It counts against your Google storage limits. So if you have a lot of recordings, Gmail messages, Google Drive, and Google Photos content, you may want to keep your files offline and/or consider paying for a Google One storage upgrade.