Google Reader shuts down on Monday, July 1st. For years Google’s online RSS reader has been the most popular tool for folks looking for a web-based feed reader that could synchronize their read, unread, and saved items across multiple devices.

Since Google announced plans to end the service, a number of folks have been making plays for the millions of users displaced by Google’s decision. Some, like Feedly and NewsBlur, are beefing up their existing services. Others, like Aol and Digg are major companies that have designed new products they think will appeal to Google Reader fans (and make sense for the existing companies).

We’ve also seen plenty of startups in the space. It seems like every day I get a new email from someone who wants me to look at their Google Reader alternative, although few are as robust as those mentioned above. 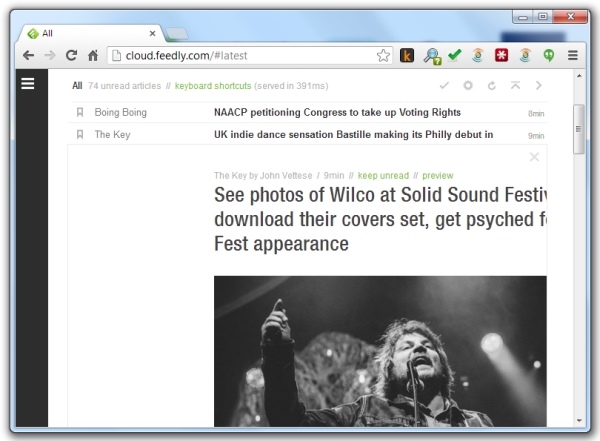 I’ve been using Feedly since Google announced its plans, and I’ve been pretty impressed. If you set the default view to Title only in the browser-based reader, it feels a lot like using Google Reader. And over the past few months Feedly has launched its own cloud synchronization service, moved away from reliance on a browser plugin, and updated its web and mobile apps a number of times.

Feedly is still missing one of my favorite features: the ability to search within your feeds. But that’s under development and expected to be available eventually as part of a subscription-based service the company will roll out later. 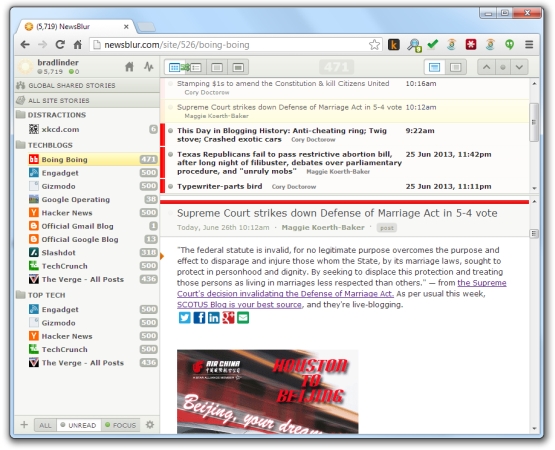 Speaking of subscription services, a lot of folks seem pretty happy with NewsBlur. It has a busier user interface, but there are web and mobile apps, the ability to manage many feeds and sync your data across devices, and a few nifty features such as the ability to bring the most relevant results to the top based on your reading habits and preferences.

You can try out NewsBlur for free, but you can only follow a few feeds. If you wanted support for unlimited feeds, you’ll need to pay $24 per year.

Since Feedly also offers its own API, a number of third-party apps including Press and gReader can also use Feedly to do the heavy lifting of grabbing new items and synchronizing your data. 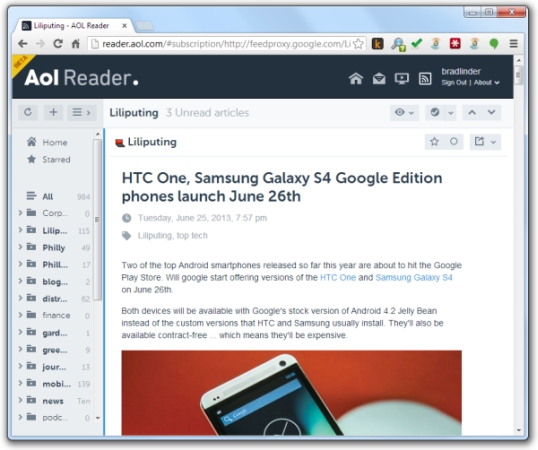 Aol Reader launched this week, and while it had some hiccups on launch day (many users couldn’t import their feeds, or found they wouldn’t update properly), it seems to be working decently now. Aol Reader supports most of the same keyboard shortcuts as Google Reader, handles large numbers of feeds, and offers a variety of layouts for viewing your news items.

One thing that really bugs me about Aol Reader though, is that you can’t actually see your unread items in chronological order. Instead you get a list of the last 10 or so posts from each feed, followed by a list from the following feed. It’s an odd way to read, at least if you’re used to Google Reader. 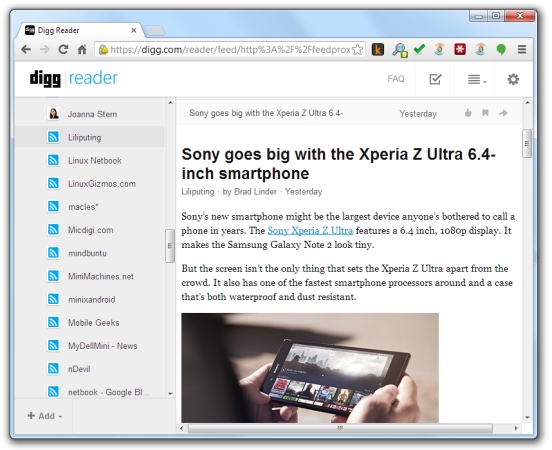 Digg Reader opened to the public on June 26th, and it has a pretty simple layout, much like Aol Reader – but it lets you read your feeds in true chronological order. You can also easily import your feeds from Google Reader.

Another nice thing about Digg Reader is that it has a business model that makes sense — users can submit content from the reader to Digg, helping the company find interesting and popular stories to feature on its news-centric home page. Digg may also charge for premium options eventually, but all features which are currently available will remain free.

Right now Digg Reader lacks search and offers few keyboard shortcuts. And there’s no mobile web version of Android app yet, although an Android app is in the works. Digg does have an iOS app launching today.

You can also create your own cloud-based service using a tool such as Tiny Tiny RSS. Set it up on your own server, and you can access your RSS feeds from anywhere, without having to worry about your provider pulling the plug or charging for service.

Or if you only really need to keep up to date with your feeds on a single PC or mobile device and don’t need to synchronize your data, there are plenty of existing desktop and mobile feed readers such as FeedDemon.

But as TechCrunch’s Sarah Perez points out, as of late June, 2013 there’s no single service that offers exactly what Google Reader does… except Google Reader. And it’s going away in a few days.

The good news is that over the past three months, there’s been a flurry of development in this space. While Google says the market for feed readers isn’t what it once was, not everyone wants to get their news from social sites like Facebook, Twitter or Google+ or from aggregators and social news sites such as Reddit, Huffington Post or BuzzFeed.

There’s still clearly a lot of demand for products that let you decide which news sources to follow and how to manage your data. RSS readers are sort of like DVRs for the cloud rather than video on-demand.

And now that Google is leaving the space, it’s possible that in the next few months we won’t just see companies like Feedly, Aol, and Digg try to replicate its features, but also to expand with new ways to put you in charge of the news you consume.

Are you using an RSS reader? With Google Reader shutting down, what alternatives are you planning to move to?