You know how Google was planning to shut down its social network next year because apparently Google+ is a buggy mess riddle with security vulnerabilities that the company can’t be bothered to fix because not enough people actually use it anyway?

Yeah, apparently Google found another security vulnerability recently. And while it’s been patched up, rather than continue supporting Google+ until August as planned, the company says it’s moving up plans to shut down the service.

Google+ is now scheduled to go offline in April of 2019, while the company will shut off Google+ APIs even sooner — something “within the next 90 days.” 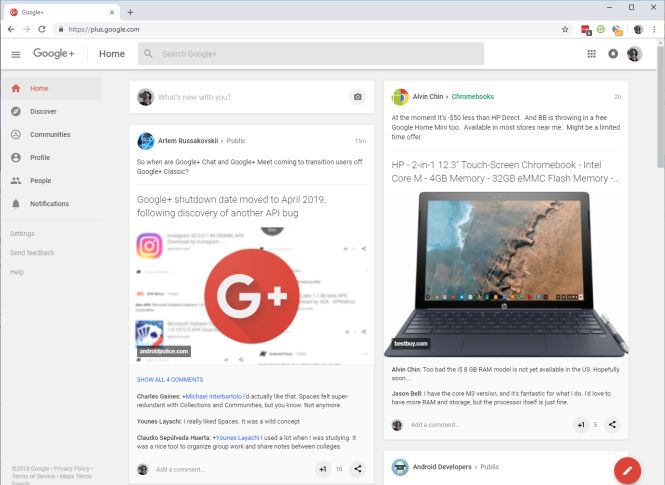 According to Google, the most recently discovered security bug affected ore than 52 million users, allowing apps to access user information (including names, email addresses, ages, and occupations) even if that data wasn’t set to be publicly visible.

The company also notes that this wasn’t a breach — it was a bug that granted third-party app developers access to data for about 6 days. Google also notes that it has “no evidence that developers who inadvertently had this access” misused it or even were aware of it.

But it is an example of the sort of thing that can go wrong when you’ve got a massive web service like Google+ and you’re not particularly committed to supporting it.

5 replies on “Google Plus is shutting down earlier than planned”