You’ve been able to run Android apps on a few Chromebooks since June, but up until recently only three Chromebooks were supported. Now Google is rolling out an update that lets you use the Play Store and install Android apps on other Chrome OS devices. 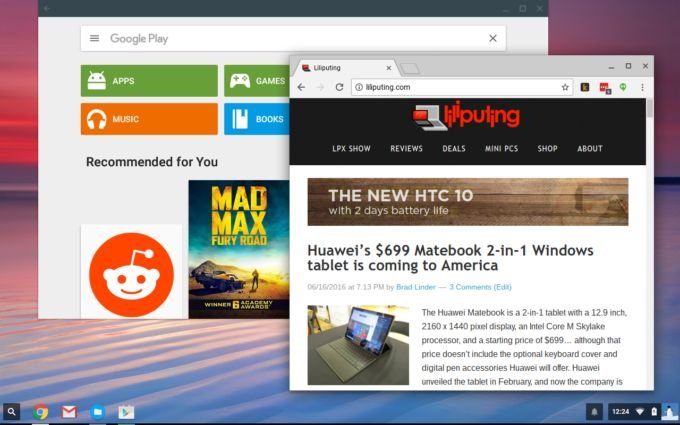 Google has promised that the Play Store is coming to dozens of devices, and it’s possible that other models on that list might be supported as well.

The only catch? You’ll need to be running the Chrome OS Canary channel and then jump through a few extra hoops.

That means that you’ll be running a pre-release version of Google’s operating system. The Canary channel tends to get new features before they’re widely available… but it can also be full of bugs and stability issues since software isn’t tested as thoroughly as dev/beta/stable channel updates.

Still, this is the first time the Play Store is available at all for Chrome OS devices that lack touchscreen displays, paving the way for a future when all Chromebooks and Chromeboxes can support Android apps.

Google Play is now available in the stable channel for those Chromebooks, but the Play Store and Android app support is still considered a beta feature.