User reviews for apps and games should give you an idea of whether the game is challenging, fun to play, or a buggy mess, or apps are worth the money the developer is charging. But up until recently there’s been a problem with reviews for Android apps that you saw in the Google Play Store: they weren’t necessarily written by people using the same type of device as you.

Now they are. Sort of. 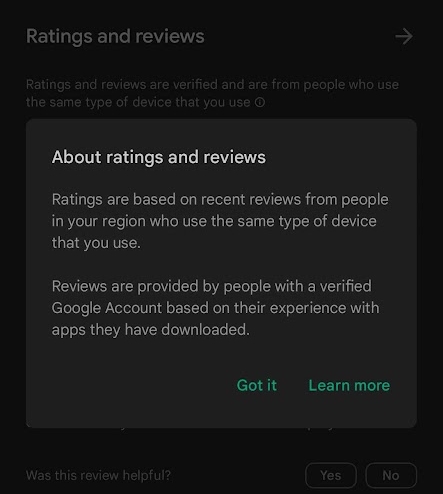 As promised last year, Google has rolled out an update so that you’ll see reviews that are posted by other users who are:

That way if an app runs great on phones, but looks horrible on tablets, you’ll likely see a higher average rating if you view the reviews in the Play Store from an Android phone than you would using a tablet. And if users find an app is less useful in the the Middle East than it is in North America due to geographic restrictions on content, for example, then users will see appropriate ratings.

What Google isn’t doing is showing reviews specific to the exact device you’re using. So apps that run better on flagship hardware than they do on budget devices may still suffer from an average rating that may not be reflective of its actual performance on the device you’re using. 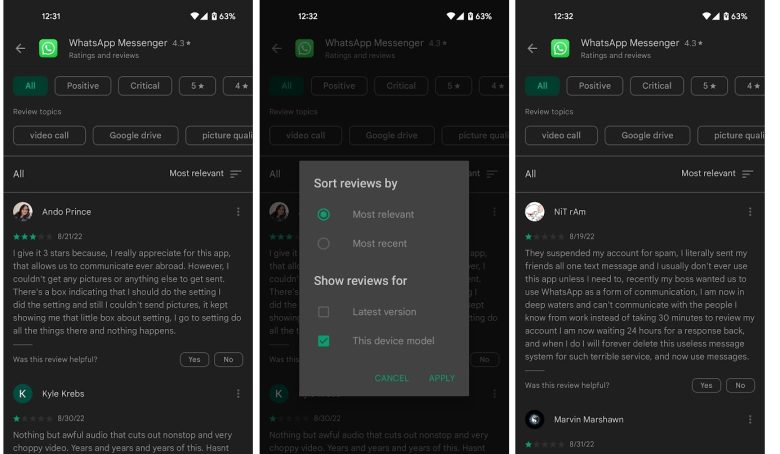