BlackBerry’s latest smartphones may run BlackBerry software, but they also include built-in support for Android apps. The only catch is that developers need to submit those apps to BlackBerry for inclusion in the company’s BlackBerry App World — and since most developers haven’t bothered to do that, most of the apps you can run on an Android phone aren’t available for a handset like the BlackBerry Z10, Z30, or Q10.

You know what would change that? Support for the Google Play Store. If you could run Google’s app store on a BlackBerry phone, you’d have access to about a million apps.

As unlikely as the move sounds, there’s evidence that BlackBerry may be working on doing just that. 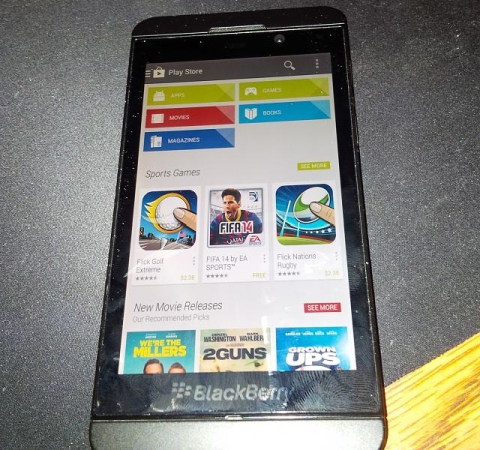 It’s not clear if the images show software that’s being tested by BlackBerry developers or if they’ve been doctored in some way. Even if the photos are real, it doesn’t necessarily mean that the software will ever see the light of day — BlackBerry will need Google’s approval if the company wants to include the Play Store on its devices.

But if the implementation is handled properly, it’s theoretically possible that Google could give BlackBerry the go-ahead, and that could provide a bit of a lifeline to BlackBerry.

The company’s struggled to keep up with its peers in the smartphone space over the past few years, and has struggled to raise money and find a leadership team that can help keep BlackBerry relevant. 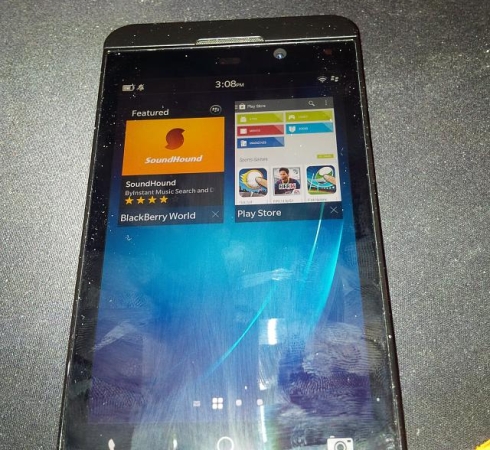 Including support for most Android apps on a phone that’s not actually running Android could offer the best of both worlds for BlackBerry: It can still use its own mobile operating system, communications and security software to help set it apart from the competition. But it doesn’t need to have the same kind of user base as Android or iOS to attract developers — because developers can just create Android apps and know that they’ll be available for BlackBerry devices as well.

Of course this is all hypothetical until BlackBerry confirms or denies the authenticity of those leaked photos.