Google is rolling out an updated version of Google Play Services to Android users. Rather than a standalone app, Play Services is basically a core set of features available to Google certified Android devices, and the update adds a few new features an improvements.

Possibly one of the most important changes in Play Services 4.1 for many users is that Google says the update will offer improved battery life on devices that have location reporting enabled. Many users have been complaining that Play Services and Google location reporting have been eating their battery life in recent months. It’ll be interesting to see just how much the situation improves after this update rolls out to all users. 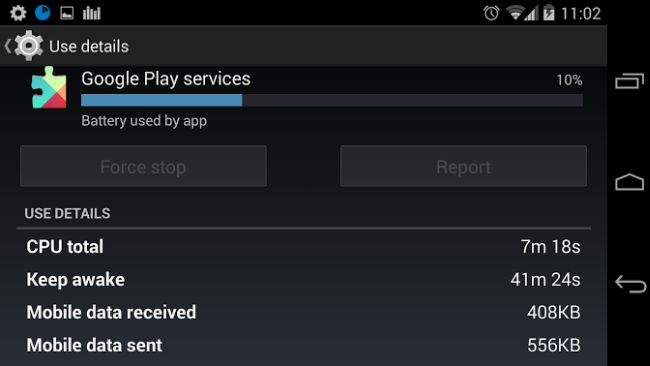 Another chang including support for turn-based multiplayer games in Google Play Games. This will let game developers leverage Google’s tools to create turn-based games that can notify other users when it’s their turn. This should help with games like chess, go, or Scrabble where users might want to play against other people in non-real time, or in all sorts of new games. Developers have come up with their own tools to enable support for those types of multiplayer games, but this update should make it easier for developers to use a central API.

Google is also launching a developer preview of a new Google Drive API that lets any app developer easily allow users to save files directly to Google Drive so they can be accessed from multiple devices.

Other changes deal with Mobile Ads and Google+ sharing. You can find more details at the Android Developers blog.