Want to pay for apps, games, or other digital content from the Google Play Store, but don’t want to give Google your credit card information? No problem — Google now supports PayPal. 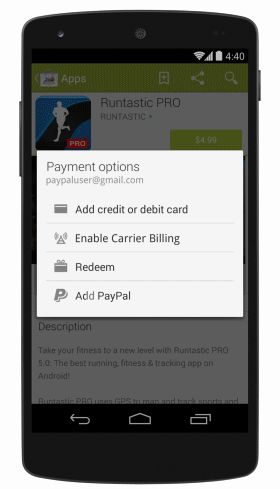 The Google Play Store now lets users in 12 countries including the US and Canada make purchases using PayPal. Of course, you’ll still need to link PayPal to your bank account or credit card — but if you’ve already done that, you’re good to go.

Google is also expanding carrier billing to 7 new countries, which means customers in a total of 24 customers can pay for purchases from the Play Store on their monthly phone bill.