Google is taking another step to bridge the divide between its Android and Google TV platforms. You can already download some Android apps on a Google TV set-top-box using the Play Store. Starting today you’ll also be able to access the Google Play music and movie stores. 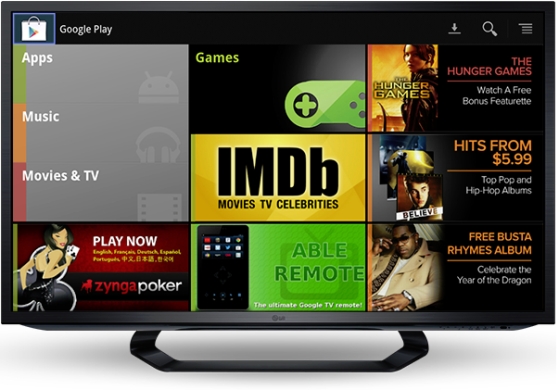 Just like on Android phone or tablet, you can now purchase music and stream it from the web using a Google TV device. You can also rent or purchase movies or TV shows.

Google is also adding Google Play media to its TV & Movies search app, so when you’re looking for a title you’ll get results from live and recorded TV broadcasts as well as Google Play, Amazon, Netflix, or other apps.

Since Google TV is basically a redesigned version of Android built for television displays rather than phones and tablets, the only really surprising thing about today’s move is that it took so long for Google to make it.