Google is rolling out an update to Play Music, which the company says will use machine learning to suggest appropriate playlists depending on the time, weather, location, or other conditions. 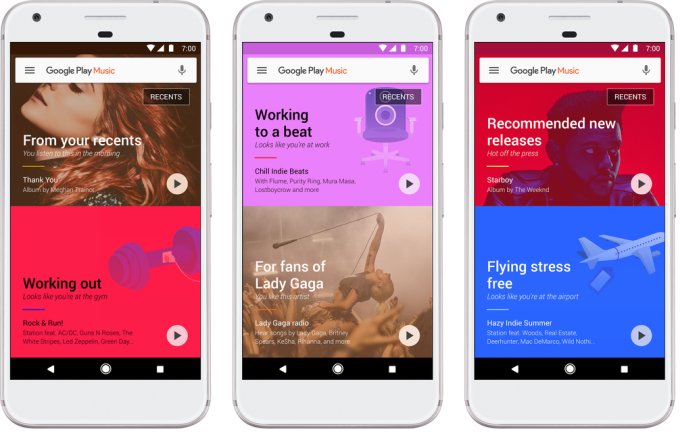 The feature is builds on the tech Google acquired when the company purchased Songza, and app which offered suggested playlists depending on your music listening habits and the time of day or week. For example, in the morning, there may have been playlists appropriate for waking up, making breakfast, or working out.

But Google is now using cues like location to figure out when you’re commuting, hanging out around the house, working out, and more.

If you’ve already got a set of shortcuts to your favorite playlists for different activities, this probably doesn’t matter very much. But it could improve discoverability of new music for those of us who may be too lazy to organize our music in that way.

It does make me wonder where Google will draw the line between convenient and creepy, though. For instance, if this feature had been available last week, would the music service have suggested uplifting music to Trump supporters and sad songs (or maybe protest music) to Clinton backers?

The new version of Google Play Music begins rolling out for Android, iOS, and the web this week, and should soon be available to users in 62 countries.