It’s been about 5 years since Google largely stopped offering apps and services in China after refusing to comply with the Chinese government’s requests that the company censor search results. During that time Google’s Android has become the most popular smartphone operating system in countries around the world… including China.

But most Android phones sold in China don’t have the Google Play Store or other apps such as Gmail, Maps, or YouTube. Instead they use local app stores, communication tools, and video sharing services.

Now it looks like Google may be planning to launch the Google Play Store in China next year. 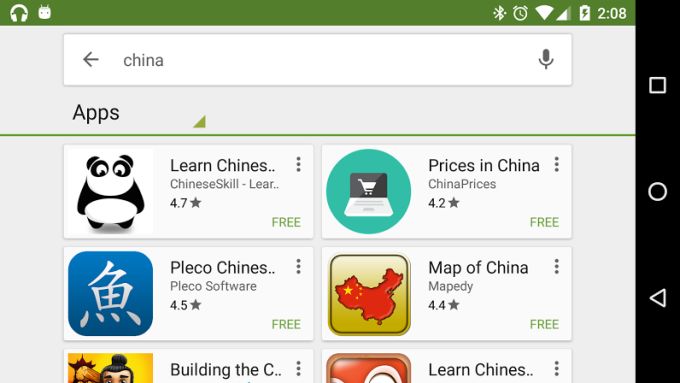 Reuters reports that the company plans to launch a localized version of the Play Store after Chinese New Year in February.

That could open up a revenue stream for Google, which takes a cut of all app and media sales made through the Play Store. But it could also help the company gain footing in a country with over 1.3 billion people. Other apps and services could follow a successful launch of the Play Store.

The upcoming Chinese version of the Play Store is said to be designed to comply with Chinese laws and will not be connected with international versions of the store, so it’s less clear to what extent the move would open up the Chinese market to Western app developers.

It remains to be seen whether Google’s re-entry into China will be too little, too late. While Google dominates the search market in much of the world, Chinese rivals such as Baidu are dominant in China. Online video services Youku and Tudou are much more popular than YouTube in China. And companies like Xiaomi have been selling Android phones loaded with their own apps, services, and app stores for years.