There are over a million Android apps in the Google Play Store, and while not all apps are created equal, there are plenty of useful, educational, and fun apps for phones and tablets available. Now Google is focusing on the educational side, offering a special version of its app store called Google Play for Education.

It makes it easier for educators to find apps, books, videos, and other content appropriate for K-12 students, enables bulk purchasing and the ability to distribute apps to a group of students’ tablets wirelessly. 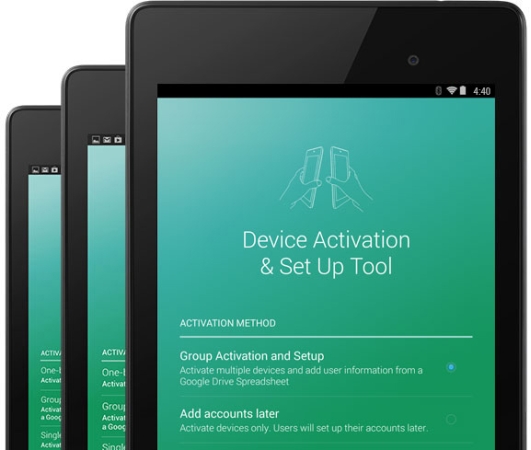 At launch, Google is offering Play for Education bundled with Google Nexus 7 tablets. In early 2014 the company plans to offer Asus Transformer Pad and HP Slate 8 Pro tablets as well. The Nexus 7 is priced at the usual $229 per tablet, but management features cost an extra $30 per tablet.

Teachers can find apps by grade level, subject, or other criteria, and content can be paid for using a purchase order.

Google is also asking developers to submit apps for inclusion in the Google Play for Apps program, but they’ll need to be approved before they’re included. Developers that want to include ads or in-app purchases will need to make it clear up front so that teachers know whether they’re downloading apps that could cost more money down the road (or include ads).  It’d be nice if that was required of all apps in the Google Play Store.

It’s also required that apps that do require in-app purchases allow the core functionality of the software to be accessed without any additional purchases.

3 replies on “Google Play for Education is Google’s app, media store for classrooms”