Some Android apps have been able to run on Chromebooks since 2014. But the list of available apps was relatively small, and they were mixed in with native Chrome apps in the Chrome Web Store.

Starting in June, it’s going to be a lot easier to install Android apps on a Chromebook, because Google is bringing the Play Store for Android apps to Chrome OS.

The company is also making things a lot easier for developers: many apps will run without any modifications at all. 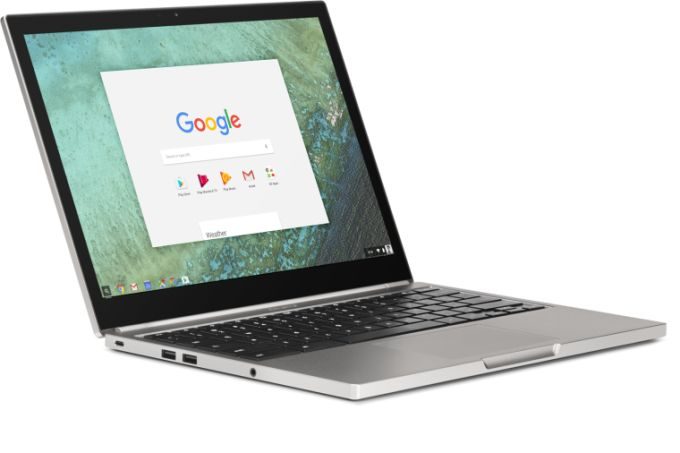 The first Chromebooks to support the Play Store will be models with touchscreen displays, including the Google Chromebook Pixel (2015), Acer Chromebook R11, and Asus Chromebook Flip. But eventually you should be able to use the Play Store on many devices without touchscreens as well, although not all Android apps will be accessible.

Unfortunately, the list of supported Chromebooks doesn’t include models released more than two years ago.

Chrome OS M53 developer channel will be the first build of the operating system to support the Play Store, but the update is expected to reach the stable channel for all users in September or October.

Google is encouraging developers to optimize their apps for Chrome OS, and one step the company suggests is updating the AndroidManifest.xml to make it clear whether a touchscreen is required or not.

According to Google, Android apps will be able to run in three different window sizes: portrait, landscape, and maximized. The company says apps will look approximately the same as they would on a Nexus 5 phone in portrait mode, a Nexus 9 tablet in landscape mode, and in maximized mode they’ll use all the available pixels of a Chromebook display. 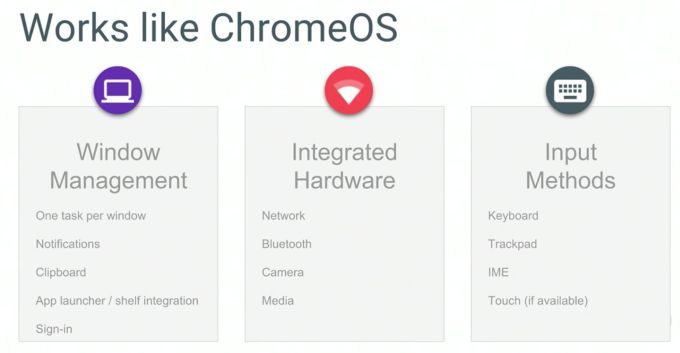 When not optimized, apps can be moved around the screen, and users will be able to multi-task by running multiple Android apps at once, along with full Chrome desktop browser windows. So you could have a game, a video player, and a browser window all running at the same time and you can position them wherever you’d like on your device’s screen.

Google says apps will be able to run in portrait, landscape, or maximized views. 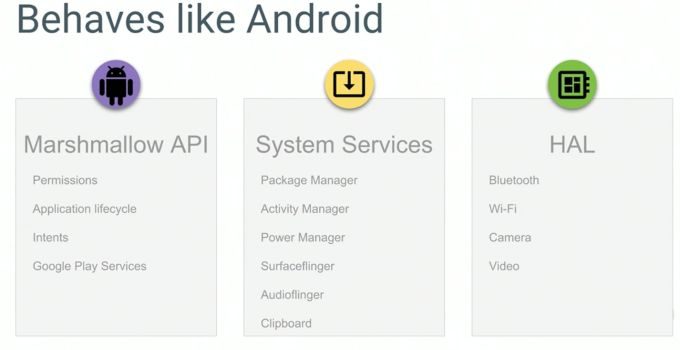 So what kind of Android apps are we talking about? Pretty much all of them… although if you have a non-touchscreen Chromebook, you’ll only see apps that developers specify will work on your Chromebook. So don’t expect the Play Store to show all of 1.5 million apps available for Android devices… at least not right away.

If an app expects a touchscreen or cellular capabilities, it will be listed as unavailable for your device. But some hardware features can be approximated.

For example, if your Chromebook doesn’t have GPS, it can still provide location services thanks to API. 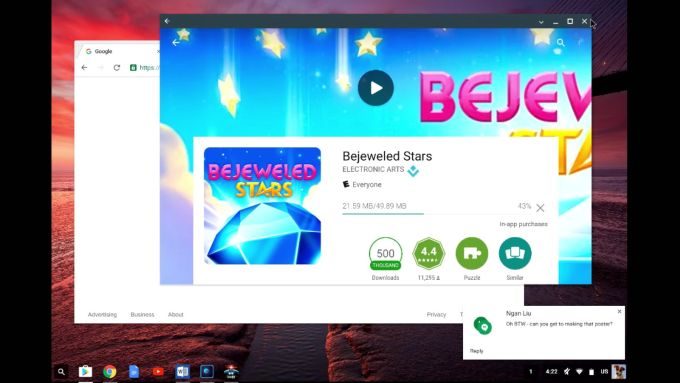 For the most part, Chromebooks with x86 or ARM-based processors should be technically capable of handling any Android app, as long as the developer doesn’t expect your device to have hardware that’s not there.

Google also says we should expect to see more Chrome OS devices with touchscreens in the future, and the company is working with hardware partners to add some of the other sensors that you’d typically find in phones and tablets, but not laptops.

During a demo at the Google I/O developer conference, Google showed off apps including Microsoft Office and Photoshop Mix, games including Clash of Clans and Galaxy on Fire 2.

Android notifications will be delivered through Chromebooks and you’ll be able to share files between Chrome windows and Android apps.

Overall, Chrome OS convertibles like the Chromebook Flip and Acer Chromebook R11 might become some of the best Android tablets money can buy. Not only will they be able to run most Android apps, tap into all Android APIs, and support Android app backup and restore features, but they’ll also receive updates automatically, the same way Chromebooks do.

So you won’t have to wait for Acer, Asus, or other device makers to roll out an operating system update. Google will do it.