Google’s latest Nexus phone is bigger and faster than any model that came before. The Nexus 6 is also the most expensive phone Google has launched so far, with a starting price of $649 for an unlocked phone.

That led a lot of Liliputing readers to complain that Google had gone mad and that there was no way they’d spend that kind of money on a Nexus 6.

But here’s the thing: Google might not really plan to sell the Nexus 6 the way it’s sold the last few Nexus phones. It’s not priced like a bargain device that will sell at or near the manufacturing price… it’s priced like a flagship phone from Samsung, LG, HTC, or Motorola: and if you want to pay less than $649 up front, you can buy it the way most Americans buy one of those phones: through a wireless carrier. 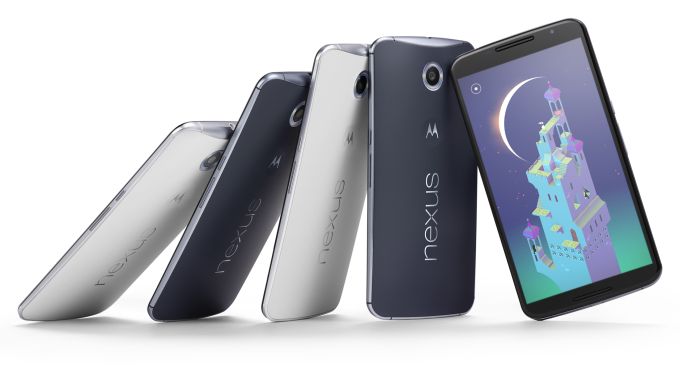 All of the major US wireless carriers will offer the Nexus 6, including Verizon, AT&T, T-Mobile, Sprint, and US Cellular. Sign up for a 2-year contract when you buy the phone, and they’ll knock hundreds of dollars off the up-front price of the phone (although it still might be cheaper in the long run to buy the phone outright and sign up for a cheaper pre-paid plan from AIO, Straight Talk, or a similar provider).

As CNET notes, this is the first time a Nexus phone will be available from all 5 major US carriers at launch. And that makes it the first Nexus phone that Google is really positioning as a competitor to an iPhone, Samsung Galaxy phone or other top-tier smartphone.

Historically Google’s Nexus phones have been developed to showcase the latest hardware and software working together in order to show Google’s latest vision of what an Android phone could (and maybe should) be. In some ways the Nexus 6 does that too… at a time when smartphones are getting bigger and bigger, it would have been silly for Google not to launch a phone with a huge screen. If you still want a phone with a smaller display, last year’s Nexus 5 is still a pretty good option.

But while Nexus phones are designed to appeal to developers and die-hard Android fans and perhaps to inspire other device makers, they don’t usually sit on store shelves next to the latest high-end smartphones.

When Google launched the Nexus One, the company went so far as to suggest it was attempting to change the ways phones were sold in the United States: The Nexus One wasn’t cheap. It sold for over $500 at launch. But Google sold it through its website and not in stores and the phone was unlocked so you could just it with any carrier.

The HTC-built Nexus One was popular with Android fans, but Google didn’t sell an awful lot of phones. That’s largely been the pattern with every model released since the first Nexus, including models made by Samsung and LG.

The new Nexus 6 which is built by Motorola could break the mold. Google is partnering with wireless carriers to make the phone available the way most US customers are accustomed to buying phones. So while fans of unlocked phones were hoping for another inexpensive Nexus device, customers who typically by new phones when the contract on their old one is up might not even know that an unlocked Nexus 6 sells for $649 and up.

So maybe we shouldn’t be surprised that the Google Play Store ran out of inventory of the Nexus 6 shortly after the phone went on sale this week… it’s likely that Google only had a limited number of unlocked devices available to sell. The rest will be made available through partners such as Verizon, AT&T, Sprint, T-Mobile, and US Cellular.

Personally I’m still a fan of low-cost, unlocked phones that you can buy outright and bring to any carrier. So I’m hoping companies like Xiaomi, OnePlus, and BLU continue to innovate in that area even as Google starts to dabble in traditional phone sales.