This week Acer, HP, Toshiba, and Asus introduced new Chrome OS laptops and desktops featuring Intel Haswell processors. The Chromebooks are expected to offer longer battery life than their predecessors, and the Asus Chromebox will benefit from the latest Intel CPU and graphics performance.

But the company that made one of the most impressive Chromeboks to date has no immediate plans for a sequel. Google hasn’t yet announced plans for a next-generation Chromebook Pixel. 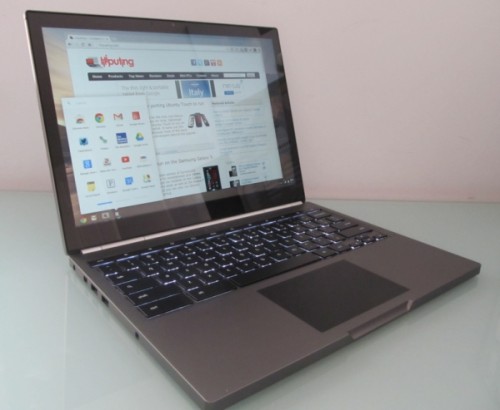 The Chromebook Pixel turned heads when it launched in February thanks to a 2560 x 1700 pixel touchscreen display with a 3:2 aspect ratio, an Intel core i5 Ivy Bridge processor, and an excellent keyboard and touchpad. It’s a remarkably good laptop, especially if you’re sold on Google’s idea of an operating system based around the Chrome web browser.

But with prices starting at $1299, it’s unlikely Google sold an awful lot of units — and PC World reports that Google is now calling the Pixel a prototype designed to show what a Chromebook could be and that the company currently has no plans to offer a second-generation model.

That doesn’t mean there won’t ever be a new Chromebook Pixel — GigaOm reports that Google spokesperson said the company isn’t commenting on future plans, which suggests that Google hasn’t ruled out a Pixel 2. It’s just not announcing anything at the moment.

It’s interesting to see that half a year later Chromebooks are coming out with faster processors, longer battery life, and other improvements over previous generations. But the Chromebook Pixel is still the only model with a 3:2 aspect ratio display, a higher-than-full-HD screen, or a touchscreen.