Google’s Pixel smartphones are now shipping, and this week I published more than 6 thousand words and a bunch of videos and pictures about the phone’s design, software, and performance.

But sometimes it’s what’s inside that counts, right? So the folks at iFixit tore open the phone to see exactly what is on the inside… and how hard it would be to repair the phone if one part breaks. 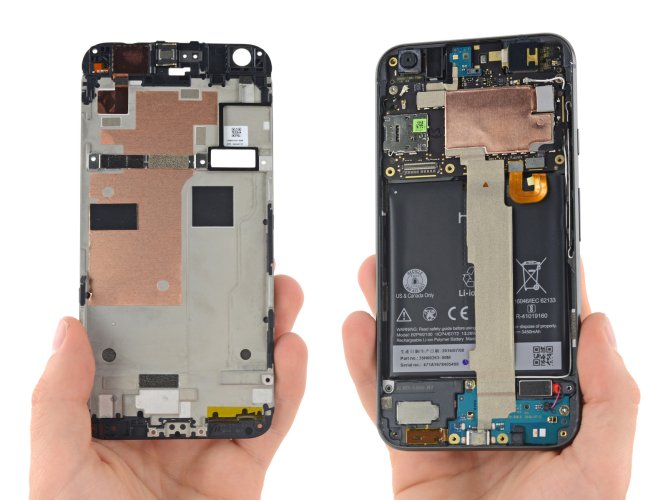 There aren’t a lot of surprises under the hood. We already knew that Google’s larger phone featured a 5.5 inch, QHD AMOLED display, a Snapdragon 821 processor, 32GB of storage, and 4GB of RAM.

But the teardown does give us a closer look at the phone’s 13.28 Wh battery, which seems relatively easy to remove and replace (once you get the phone’s case open). The front and cameras, headphone jack, and front camera also seem to be fairly simple to replace.

Another interesting note? The Pixel XL was manufactured by HTC, but Google officials say the design is all Google, all the way… and the teardown seems to largely confirm that. The only component inside the phone with the HTC name on it is the battery.

You can find more pictures and dissection notes at iFixit.