Google plans to ship a Pixel Tablet in 2023. First announced earlier this year, the upcoming tablet is expected to ship with Android 13 and a number of tablet-optimized apps from Google.

One thing Google didn’t tell us though? It looks like the Google Pixel Tablet could be the first Android device to ship with 64-bit only software, meaning that it won’t be able to run 32-bit apps at all. 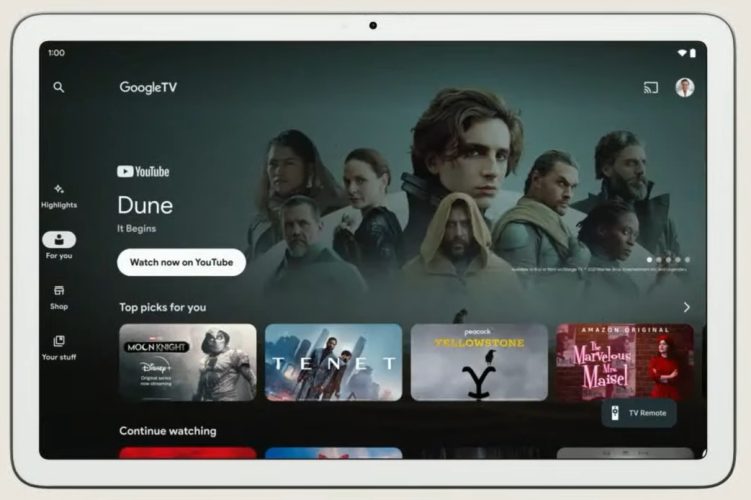 Android source code spotted by Mishaal Rahman indicates that Google is testing a 64-bit only build of Android 13 on a device code-named “Tangor,” which is believed to be the Pixel Tablet.

Google’s been paving the way for 64-bit only builds of Android for years. The company started supporting 64-bit only configurations with Android 12, but devices shipped with that setup. And Google has been requiring developers who submit apps to the Google Play Store to include 64-bit builds since mid-2019.

In other words, some classic games and other very old Android apps that haven’t been actively maintained by developers might not be able to run on the Pixel Tablet or other hardware running a 64-bit only build of Android. But most recent or regularly-maintained apps and games in the Play Store should run without problems.

Ending support for 32-bit apps would reduce the code base required for the Pixel Tablet operating system and could cut down on memory usage.

32-bit Android apps probably aren’t going away altogether anytime soon. Rahman notes that there’s evidence that Google could be planning to require device makers to ship 64-bit only builds of Android if they want to use Google Mobile Services starting with devices that ship with Android 14. But it’s unclear whether the company will actually take that step in the next year or so.

Meanwhile, there are still an awful lot of Android phones and tablets in the wild that have processors featuring 32-bit CPU cores. And it’s unlikely Google will end support for 32-bit apps until that number dwindles in the coming years.

If you want to know why Android is moving towards deprecating 32-bit app support, I wrote a post a while back that goes into some of the benefits (and the history): https://t.co/oZt7sZSfgp