Google’s first real Chrome OS tablet is now up for pre-order for $599 and up, and it should ship in a few weeks.

But it’s first and foremost a tablet and it will ship with a version of Chrome OS that’s designed to be as easy to navigate by touchscreen as it is with a keyboard and mouse. 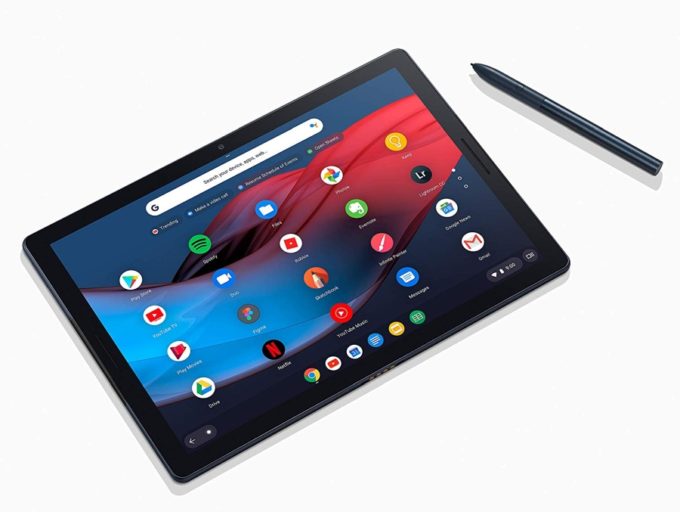 Chrome OS has come a long way since it launched as a browser-based operating system for laptops. These days Chrome OS devices do a lot more than simply running web apps.

You can use them to run Android apps and even desktop Linux applications. In other words, it’s a desktop operating system that also supports mobile apps.

That gives it a leg up over Apple’s iPad Pro in some ways — Apple’s new tablet is remarkably powerful, but it’s still running a souped up version of the iPhone operating system rather than Apple’s desktop OS.

Meanwhile, the Pixel Slate also compares favorably on the app front to Microsoft’s Surface tablets — thanks to support for Linux apps, you can install thousands of desktop applications on either device. But support for Android apps gives you access to millions of touch-friendly apps from the Google Play Store — the Microsoft Store is a barren wasteland by comparison.

That said… the Pixel Slate is expensive when compared with Android tablets. It cannot run Windows applications. And Google only really promises 6.5 years of software updates — which may not be a problem if you spend $599 for an entry-level model, but which may be disappointing if you shell out $1599 for a top-of-the-line version of the Pixel Slate.

Here are the prices/configurations for the Google Pixel Slate:

The PixelBook Pen, meanwhile, sells for $99 and the optional keyboard cover is up for pre-order for $199.

2 replies on “Google Pixel Slate shipping in late November, available for pre-order now for $599 and up”