Google has unveiled its first new tablet since the 2015 Pixel C… except this time it’s not an Android tablet, it’s a Chrome OS tablet (that also happens to run Android apps).

The Google Pixel Slate is a premium tablet with a 3,000 x 2,000 pixel display, support for up to 16GB of RAM, a fingerprint sensor (in the home button), and the ability to work with an optional keyboard cover.

While it’s not the first Chrome OS slate, it’s by far the most impressive… and expensive.

The Pixel Slate is coming later this year for $599 and up. 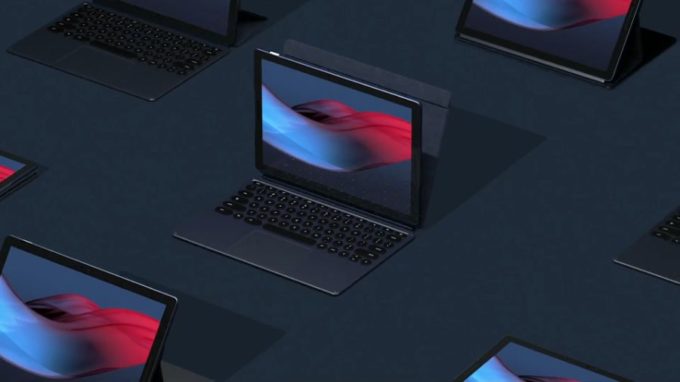 Up until recently, Google treated Chrome OS as an operating system for notebooks and desktops while Android was aimed at smartphones and tablets. But after Google started bringing Android (and Linux) app support to Chrome OS, it made sense for PC makers including Acer and HP to offer tablets.

Chrome OS itself has also become more touch-friendly in recent months, with a redesigned taskbar, launcher, and split-screen mode, among other changes.

Now Google is launching a first-party Chrome OS tablet that it says offers the productivity of a desktop. 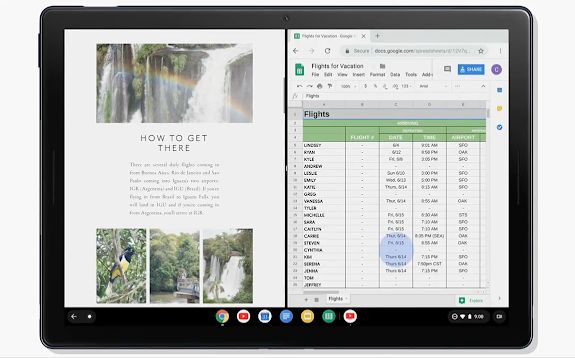 It’s sort of Google’s answer to the Microsoft Surface Pro: a single device you can use as a tablet or notebook thanks to a detachable keyboard and a relatively roomy, high-resolution display (featuring 293 pixels per inch) and a choice of processors ranging from a Celeron 3965Y to a Core i7-8500Y.

While those aren’t Intel’s most powerful chips, the 5 watt Amber Lake-Y processors allowed Google to make the Pixel Slate a fanless device.

It features stereo front-facing speakers, 8MP front-facing and rear cameras with machine learning features for software-enabled portrait mode with blurred backgrounds. The front camera also has a wide-angle lens for making video calls while keeping a group of participants in the shot.

The Pixel Slate has a single USB-Type Type-C port, stereo speakers, and it comes with a digital pen that uses Wacom AES technology for writing or drawing with more precision than you would get from a fingertip alone.

Google says customers who pick up a Pixel Slate will get a free 3-month subscription to YouTube TV, allowing you to watch live TV on the tablet (or other supported devices).

The tablet also has a Titan Security chip built in. 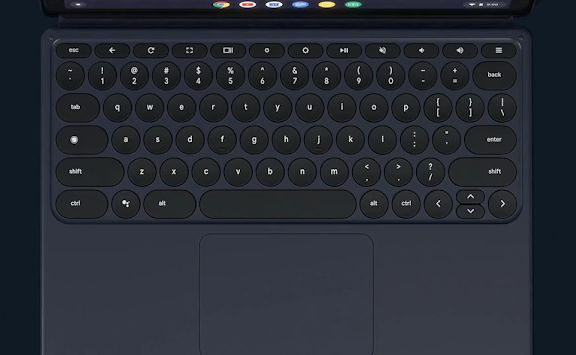 The optional Pixel Slate keyboard is backlit, features rounded keys that are designed to be quiet, and you can connect the keyboard to the pogo pins on the bottom of the tablet without worrying about Bluetooth pairing.

Google says the folio is also “infinitely adjustable,” allowing you to adjust the tilt angle.

If you’re wondering why Google didn’t just offer another Android tablet, the Pixel Slate is designed to offer the best of both worlds. You can run Android apps in a touchscreen environment. But you also get access to the full desktop version of the Chrome web browser. That means you won’t encounter limited mobile versions of web pages and you have access to extensions and other add-ons.

The Google Pixel Slate will be sold as a standalone device for $599 and up. The Pixel Slate Keyboard is priced at $199. And the Pixelbook Pen is $99.

Here’s a run-down of pricing/configuration options:

Google says there will also be a Celeron3965Y/8GB/64GB option, but the company hasn’t unveiled the pricing for that configuration.