Google Android O Developer Preview 2 (or beta 1) is now available for recent Nexus and Pixel devices, but it’s not just the operating system that’s getting an overhaul.

Google is also working on light-weight versions of some of its core apps to run on the Android Go version of the operating system, which is aimed at entry-level devices with less than 1GB of RAM.

And the company has also developed an updated Pixel Launcher that functions as the default home screen and app drawer for Pixel and Pixel XL phones running Android O. But thanks to xda-developers forum member linuxct, you can also install the new Pixel Launcher on just about any device running Android 6.0.1 or later. 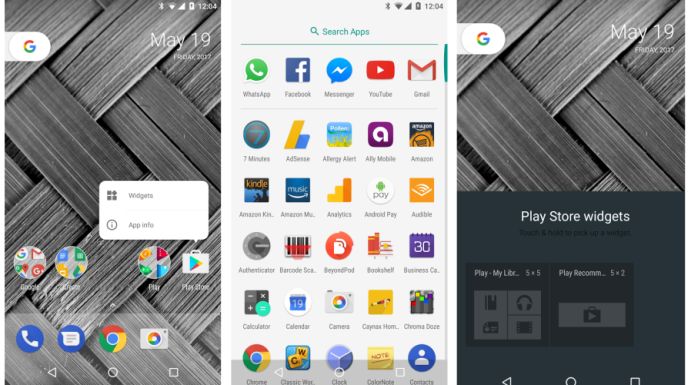 You can also download a version of the Pixel Launcher from the APKMirror website, but some users have reported problems with that version, so Linuxct created a modified version that should work properly on a wider range of devices.

For the most part the new Pixel Launcher looks… a lot like the old one. You access the app drawer by swiping up from the bottom of the screen. And instead of a Google search bar at the top of the screen, there’s a button that you press to slide out the search box.

There is one key new feature though: you can long-press on any app icon to preview any available widgets for that app without pulling up the full widget browser.

There’s no sign of a search button at the bottom of the screen or an option to “change icon shapes,” as some folks have found in some versions of the Pixel Launcher during Google IO this week.

I took the new launcher for a spin on my unrooted Nexus 5X running Android 7.1 and everything seems to be working properly.

One reply on “Google Pixel Launcher from Android O DP2 ported to run on Android 6.0 or later”