Google releases major Android updates about once per year and security updates once per month. But if you have a Google Pixel phone, you also get Pixel Drop feature updates about four times a year, and the first drop of 2021 is now rolling out to users.

Among other things, it brings the official launch of the new Google Recorder experience (with online backups, a web interface, and sharing), support for underwater photography (when used with a compatible waterproof case), new wallpapers, and new music controls. 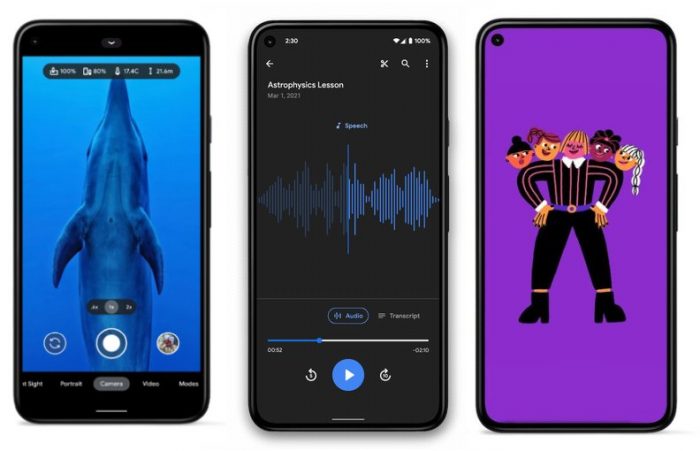 Another new feature in the latest drop is set of wallpapers with “artwork from artists around the world,” including a set of new wallpapers from Spanish artists Cachetejack to commemorate International Women’s Day on March 8th.

Google is also expanding Smart Compose support to “select messaging apps,” allowing them to automatically suggest phrases as you type, theoretically allowing you to save time by tapping a phrase rather than typing out entire words. Only available in the US and in English, Smart Compose is tied to the Gboard virtual keyboard application, so if you’re using a third-party keyboard it won’t support the feature.

Pixel 3 or later phones with support for wireless charging also get an updated bedtime screen and redesigned notifications close to bed time when using a Pixel Stand.