Google’s new Pixel smartphones are said to have some of the best cameras available on any phones. The phones don’t hit the streets until next week (unless you happen to live in Australia). But you may not have to wait to try out the new camera app from the Pixel phones.

Thanks to a leaked system image from the software that’s expected to ship on the Pixel and Pixel XL, the folks at xda-developers have ported the new camera app to run on (some) older Nexus phones and tablets.

You can download the modified app from XDA Labs. 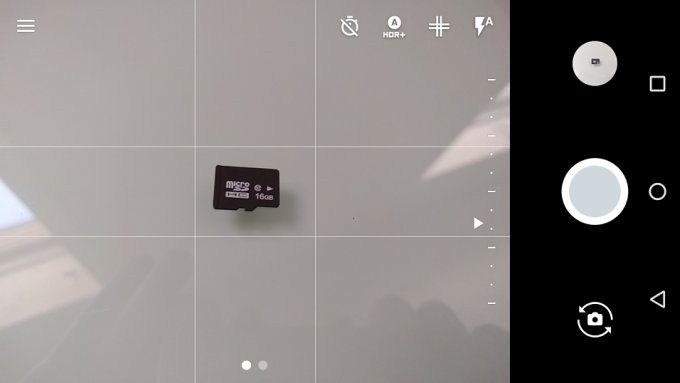 Note that it only supports Nexus devices with 64-bit ARM processors for now, which means you’ll need a Nexus 5X, Nexus 6P smartphone or a Nexus 9 or Pixel C tablet to try the new app.

That said, the new camera app isn’t all that different from the Google camera app that’s already available for those devices.

The key differences are:

Since this is a modified version of the Pixel app, it doesn’t replace the Google Camera app that’s probably already on your device. So it’s safe to install the app, try it out, and delete if you don’t want to continue using it.

I was hopeful (but doubtful) that the app would bring support for electronic image stabilization or 240 fps slow motion video recording to a Google Nexus 5x, but the camera app seems to detect what device it’s installed on and only expose the features and settings that your phone or tablet is capable of handling. So… nope. It doesn’t let you do either of those things with a Nexus 5X.